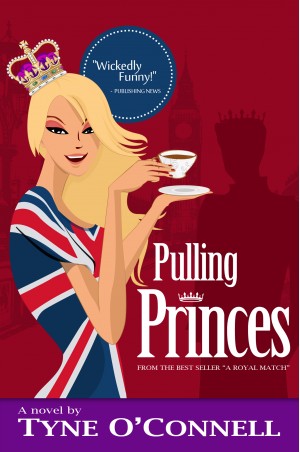 By Tyne O'Connell
Rated 5.00/5 based on 1 reviews
When Calypso returns from Los Angeles to her English boarding school for the summer term, she is determined to fit in with the popular crowd. Her plan is to pretend her mother's gay assistant back home is her boyfriend. And to her surprise, the trick works...at least at first. More
Grab your tiara & valet for a Riotous Royal Romance behind the walls of Britain’s most Exclusive Boarding Schools. A tale of Toff-Teens & their Outrageous-Aristo-Antics.
“Funny exposé of It-girl school life.” ELLE GIRL UK

“If you have ever wondered what really goes on behind the locked gates of the ancient British Boarding Schools, this series holds the key.” @BookChitChat

If you love Malory Towers you will  love St Augustine's even more!

Tyne O’Connell is the Enid Blyton of our day with her boarding school tales of St Augustine's, set right by Eton college & Windsor castle, & for a dash of royal glamour, there is the very real possibility that you might be rooming with a princess or better still pulling A Prince!

At St Augustines & nearby Eton College, attended by the Royal Princes, O’Connell gives teenagers everywhere the chance to experience the centuries old traditions of  English Boarding Schools, with their midnight feasts, dorm raids &  illicit trysts with boys along the bluebell pathways of ancient Puller's Woods.

Best of all, readers get to experience this uniquely exclusive world of royals & privilege from someone whose lived it through her own & her three children's boarding school adventures.

The St Augustine's boarding school series are must read classics for all ages.

After all the boarding school action the series continues with the same characters at Oxford, London & into the Royal Castles where HRH Freds FAMED house parties offer a cheeky peak of the royals & friends at play.

PULLING PRINCES is set in a exclusive all girl’s boarding school near Windsor Castle close by is the fictionalised Eton College - as attended by Princes William & Harry - Pulling Princes is based on the author’s own children’s antics at boarding school - "A deliciously naughty insider’s guide to the midnight feasts, close friendships & romances of royal teenagers.” Book ChitChats

Calypso is an ordinary American teen, plunged into the extraordinary world of the ancient British Boarding School system with all its mad traditions & customs, surrounded by the daughters of international royalty & rock-stars.

But after three years of enduring the Terrible Toffs & Horrible Hon.s treating her like The American Freak, Calypso Kelly is determined to beat them at their own game by tricking them into believing she’s dating a hot Hollywood boy.

She may be able to rinse the Eades boys at sabre & dazzle the girls with a poster of her “fake Hollywood boyfriend” - but with the paparazzi lurking behind every hedge, her phone confiscated & the not-so-Honourable Honey O’Hare plotting against her, can Calypso manage to pull it off AND pull the Prince?

“Budding Anglophiles ….will soak up the flood of upper-class British culture in this book.” WASHINGTON COUNTY LIBRARY

"Give this to fans of Princess Mia and Georgia Nicholson as well as to readers of O’Connell’s previous Pulling Princes." BOOKLIST, USA

"It is sure to have fans of the previous novels rolling on the floor laughing their royal crowns off." SCHOOL LIBRARY JOURNAL, USA

“Outrageously funny and a serious contender for the teen chick-lit throne.” — THE BOOKSELLER on Pulling Princes.

British author of 13 Internationally bestselling books, Tyne was part of the 1990’s vanguard of London Chick Lit Authors when her first book, Sex, Lies & Litigation was published in 1996 by Headline as part of a 5 book deal.

Set in London’s Inns of Court, an area steeped in the arcane traditions of 14th Century London, the story follows the exploits of a fledgling barrister as she blazes a trail of chaos through the stuffy world of latin quoting be-wigged barristers in her Jimmy Choos & Vivienne Westwood wiggle skirts. Tyne blew her advance on a pair of bespoke shoes crafted by Jimmy Choo himself.

O’Connell’s next two books were published by Red Dress Ink USA. The Sex Was Great But…and Sex With The Ex were re-released in Nov 2013 and April 2014.

All seven contemporary women’s title are available as e-books.

Having spent most of her life in London’s Mayfair & St James’s where she has brought up two husbands and three children, the area features heavily in her writings and acts as a backdrop to many of her books.

As well as her career as an author, Tyne runs Mayfair Eccentrics, an online insiders guide to the area’s past and present for residents, businesses and visitors.

After Tyne wrote a feature in British Vogue in 96 about her unusual family (republished in Gloria Steinem’s Ms Magazine USA), The British Press focused on Tyne’s Mayfair lifestyle living with two husbands and sending her three children to exclusive English boarding schools.

Tyne has also written a bestselling British Boarding School series, The Calypso Chronicles / Pulling Princes, based on her three children’s experiences at boarding school and published by Bloomsbury from 2004 – present. The books have been described as modern classics with reviewers drawing comparisons to an up to date version of Angela Brazil’s boarding school books of the early 1900’s.

Set in a fictional Eton College where Princes William and Harry attended & the nearby St Mary’s Ascot school attended by Princess Caroline of Monaco and which Tyne’s daughter Cordelia was boarding at the time the books were written, The Pulling Princes series provides a, “deliciously naughty insider’s guide to the midnight feasts, incredibly close friendships & romances of entitled toffs, British aristocratic & royal teenagers.”

Also in Series: The Calypso Chronicles 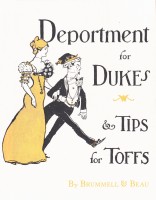 I fell in love with Calypso Kelly, took me back to my high school days. It is funny, fresh and hilarious at times. The author has portrayed the American girl in Britain and her episodes so well that I cannot wait to read the second book in the series.
It was simply unputdownable after the first 30 pages (which were kind of slow, but I guess that's the case with all good books).

You have subscribed to alerts for Tyne O&#039;Connell.

You have been added to Tyne O&#039;Connell's favorite list.

You can also sign-up to receive email notifications whenever Tyne O&#039;Connell releases a new book.