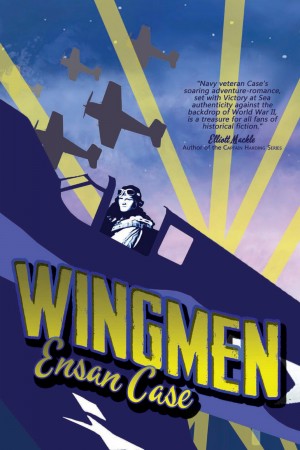 Ensan Case served a two-year hitch in the United States Navy. He wrote Wingmen in 1978 at the age of twenty-eight. Avon Books in New York published it in 1979. After one printing, sales stopped. Alas, he turned to other pursuits. In 2011, during a move, he discovered his original file box of notes for the work. On a whim, he googled “Wingmen Ensan Case,” and was stunned by the book’s popularity, often called a classic gay romance. Lethe Press is pleased to work with Mr. Case in keeping this book in-print.

You have subscribed to alerts for Ensan Case.

You have been added to Ensan Case's favorite list.

You can also sign-up to receive email notifications whenever Ensan Case releases a new book.