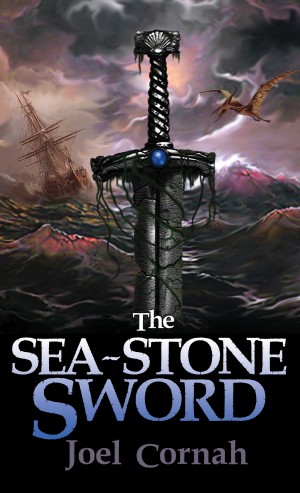 Joel Kristoffer Cornah, hailing from a small isolated village in Lancashire, is the author responsible for The Sea-Stone Sword. Having told stories of dinosaurs, penguins and dragons to his younger siblings for nigh on two decades, it soon became apparent that these tales needed to be written down. Gathering the myriad of maps, family trees, illustrations and noted ideas, he began work on the world of dyngard. Having grown along with the audience from a collection of loosely related children’s stories, it became a whole world of adventure, magic and questions. He was awarded a degree in Creative Writing from Liverpool John Moors University and spent seven years writing a comical newspaper for The Barrow Downs Tolkien discussion forum. Accompanying this paper was a comic strip series called ‘The Phantom and Alien’, a bizarre story of bus drivers, dead people, and a slime child bent on inconveniencing everyone around him. Currently working for a charity café in Parbold village, Joel is often found deep in discussion of the works of J.R.R. Tolkien, the long history of Doctor Who, and desperately trying not to frighten people away. Often with limited success.

You have subscribed to alerts for Joel Cornah.

You have been added to Joel Cornah's favorite list.

You can also sign-up to receive email notifications whenever Joel Cornah releases a new book.