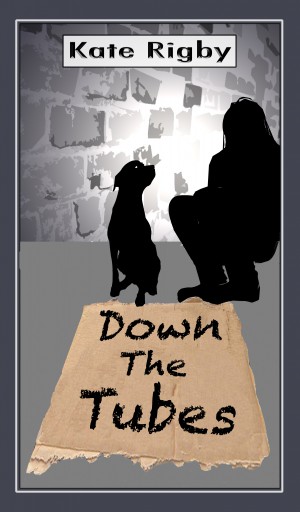 Down The Tubes is the story of a dysfunctional family riven by lack of communication, addiction and abuse. More
It’s the late 1980s and mother of four, Chery West, lands herself a job at a drugs project in London. But memories of her old life are never far away, especially when her surly daughter, Elaine, makes her unwelcome visits.

Meanwhile, Cheryl's estranged son, Michael – aka Dodo - is ironically having his life destroyed by drug addiction in his attempt to avoid painful memories of abuse. He goes from one chaotic situation to another, ending up on the streets and reaching rock bottom, until he is referred to a drug rehabilitation centre in rural Hampshire.

The lives of mother and son nearly coincide, as Cheryl uncovers some dark family secrets. They’re each on a journey, but can there be reconciliation as well as rehabilitation?

I’ve been been writing for over thirty years. I realized my unhip credentials were mounting so I decided to write about it. Little Guide to Unhip is published by Night Publishing

However, I’m not completely unhip. My punk novel, Fall Of The Flamingo Circus was published by Allison & Busby (1990) and by Villard (American hardback 1990). Skrev Press published my novels Seaview Terrace (2003) Sucka! (2004) and Break Point (2006) and other shorter work has appeared in Skrev’s avant garde magazine Texts’ Bones including a version of my satirical novella Lost The Plot.

I also received a Southern Arts bursary for my novel Where A Shadow Played (now renamed ‘Did You Whisper Back?).

I’m gradually in the process of getting most of my books published and previously unpublished work onto Smashwords and Kindle.

My novels tend to be character-driven and a bit quirky or gritty – whether contemporary or retro – and deal with issues of today: drugs abuse, homelessness and neighbourhood conflicts, and a common theme is about the experience of being an outsider in society.

You have subscribed to alerts for Kate Rigby.

You have been added to Kate Rigby's favorite list.

You can also sign-up to receive email notifications whenever Kate Rigby releases a new book.