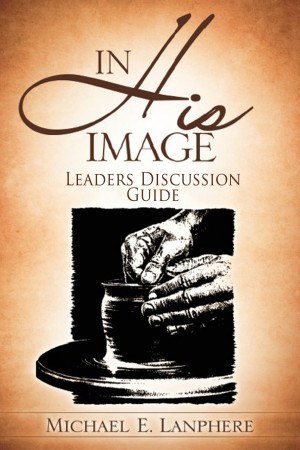 In His Image...Discovering Your God Given Personality Characteristics. Leaders Discussion Guide.

Mike and Linda Lanphere married in 1969 and have been in the pastoral ministry since 1979. They were asked to come on staff at a large church in Southern California to oversee the Home Group ministry, where under their direction the Home Groups went from 13 to 70 over a period of three years.
Since that time they have served on staff of several large churches where they directed Pastoral Care, Counseling, Men’s, Women’s, Single Adults and Adult Christian Ed Ministries. They have planted two churches, one in Moreno Valley, Ca. where they served for eight years and in Yorba Linda, Ca. where they served for five years.
Conversion Experience.
Linda came to know Christ in 1972 after a dramatic personal experience with Jesus in the hospital the night before having a spinal fusion. Shortly thereafter she began attending a Home Group. A year later Mike also committed his life to Christ when he also began attending the group. According to Mike, “at a time when I was not very lovable, this group of people loved me into the Kingdom of God. As far as I was concerned this experience encapsulated all of the good I had heard about Christianity, that is, true love, acceptance and forgiveness. My life was supernaturally changed forever. I have been involved in home groups every since”.
Ministry Outreach.
The Lanphere’s also became associated with the University of Nations, the educational arm of Youth With A Mission. YWAM is the largest missionary organization in the world and as such have had a tremendous effect worldwide for the cause of Christ. Mike and Linda have been teaching at bases located around the world since 1987. Their primary training classes have been in the Foundation for Biblical Counseling, Crossroads, and School of Strategic Missions. Additionally, they conduct seminars on Marriage and Family, TEAM building and Leadership Development.
Mike has a BA degree in Christian Counseling and is and certified to administer and interpret the Myers Briggs Personality Sorter and train facilitators for the Prepare and Enrich Pre-Marital/Marriage Assessment. Mike and Linda have also written a book called “In His Image”.

Also in Series: In His Image...Discovering Your God Given Personality Characteristics.

You have subscribed to alerts for Michael Lanphere.

You have been added to Michael Lanphere's favorite list.

You can also sign-up to receive email notifications whenever Michael Lanphere releases a new book.