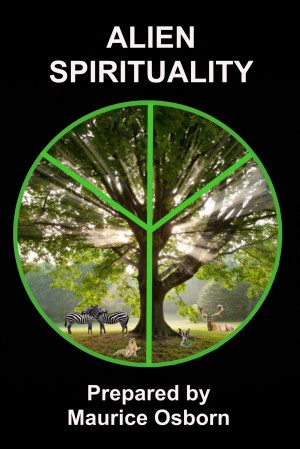 By Maurice Osborn
This free E-book discloses information about spiritual teachings that have been provided by beings from another world. These beings also claim to have helped Emmanuel, not Jesus, to teach humanity to develop spiritually. The purpose of this book is to enable mankind to understand what the aliens sought to share with us. More
This free E-book provides information regarding the spiritual development of mankind as revealed by highly intelligent, advanced, and benevolent beings from the Pleiades cluster of stars 500 light-years away. It discloses how true teachings have been altered and corrupted in order to create worshippers on Earth of false religious beliefs. These alien beings claim that it was they who prepared for Emmanuel, not Jesus, to help humanity to evolve spiritually. This E-book helps to shed light as to the validity of these teachings.
Download: epub mobi (Kindle) pdf more Online Reader
rtf lrf pdb txt
Price: Free! USD
Add to Library
Create Widget
Tags: spirituality jesus ufo extraterrestrials et alien contact pleiades emmanuel billy meier plejarens talmud jmmanuel
About Maurice Osborn

You have subscribed to Smashwords Alerts new release notifications for Maurice Osborn.