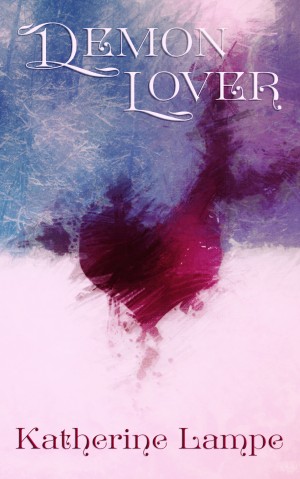 By Katherine Lampe
Rated 5.00/5 based on 1 reviews
The reappearance of an old flame throws Caitlin and Timber into a tailspin as they await the imminent birth of their first child. More
Over a difficult winter, Caitlin Ross has led a simple life preparing for the birth of her first child. Now spring and her due date are imminent, and she’s about to find out that for a witch married to a shaman, life never stays simple for long. When she witnesses a chance encounter between her husband and Gordarosa’s new dance teacher, Caitlin discovers they once were lovers. Timber swears he wants nothing to do with his old flame. But the dance teacher has magic of her own, and she’ll stop at nothing to get Timber back.

When a local girl with a crush on Timber is murdered, the sheriff arrests Caitlin’s husband for the crime. Caitlin suspects her rival of framing Timber out of revenge, and sets out to clear his name. In her quest, she uncovers a motive far deeper and more dangerous that simple retribution. To bring Timber home, Caitlin must sacrifice her very being, and make an alliance with a Power as old as Love itself.
Available ebook formats: epub mobi pdf rtf lrf pdb txt html
First 20% Sample: epub mobi (Kindle) lrf more Online Reader
pdb
Price: $4.99 USD
Buy Add to Library Give as a Gift
How gifting works
Create Widget
Tags: love murder magic witches dance altered states drumming spirit possession colorado fiction caitlin ross
About Katherine Lampe

Some people posit that Katherine Lampe is a construct capable of existing in multiple realities simultaneously. Others maintain that she is a changeling, or at least has a large proportion of non-human blood. It is possible that her brain is the result of a government experiment, although which government is uncertain and as of this date none has claimed responsibility. 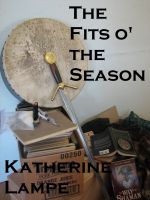 This one is a real page-turner.

Katherine Lampe writes something like paranormal fiction but her protagonists aren't vampires or shapeshifters. They and other characters in her books have some personal magic power, and also access power and communicate with supernatural entities use a variety of magic forms and rituals that are common in the Americas and Europe. This lets Katherine get her characters into and out of trouble using everything from Tarot readings to shamanic journeying to charms you can buy off the Internet or make with supplies from your local craft store, which I think is a lot of fun.

The relationship between protagonists Caitlin and Timber (who are married) is a delightful change from the usual antagonistic romantic relationship (or its opposite, the soulmates-until-the-end-of-time-even-though-we-only-met-two-days-ago relationship) in many paranormal romances.

This novel uses elements and gods from African religions, and the antagonist is an African woman. Because people might feel this is cultural appropriation, Katherine includes an afterword explaining her choices and how she researched these subjects. Because of that and because I'm white and they aren't my religious elements or gods, my enjoyment of the story wasn't affected.

The story shifts between Caitlin's and Timber's POVs. They have really distinctive voices. For example, Timber is much more tentative about communicating with himself verbally. I really sense that his relationship to the world is mediated through his body.

I was glad to see Tintri Fionn again, from an earlier book. He's one of my favorite characters.

You have subscribed to alerts for Katherine Lampe.

You have been added to Katherine Lampe's favorite list.

You can also sign-up to receive email notifications whenever Katherine Lampe releases a new book.