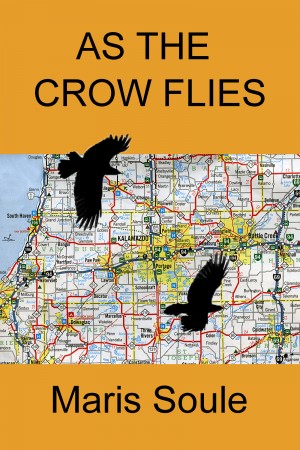 As the Crow Flies

P.J. Benson receives a briefcase from an elderly woman, and within twenty-four hours the briefcase is stolen, a man is dead, and P.J. is receiving death-threats.
Once again, P.J. and her Rhodesian Ridgeback, Baraka, must deal with her unpredictable rural Michigan neighbors, her quirky mother, and Homicide Detective Deputy Wade Kingsley, who won't answer her calls. More
When P.J. Benson gives a talk at a local library, she hopes to help others--especially the elderly--avoid scams and maybe garner up some good pr for her home-based CPA business. She certainly doesn't expect one elderly woman to hand her a briefcase and ask for help. Soon P.J. is drawn into a blackmail scheme and murder investigation. Within days the body count is rising, people are missing, and P.J. is a prime suspect.

To make matters worse, P.J.'s nemesis, Nora Wright, is out of jail and making threats, Detective Wade Kingsley is acting as if their romance is waning, and P.J. may have exposed her six-month-old Rhodesian Ridgeback, Baraka, to a deadly disease. Danger is never far away...as the crow flies.