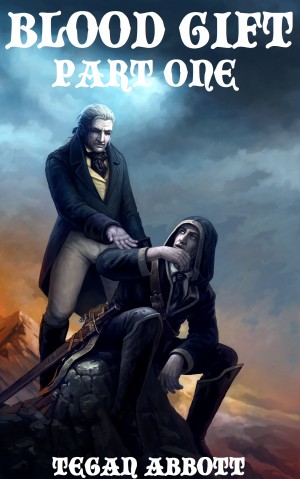 Rated 5.00/5 based on 2 reviews
In a world of impossible things, where to touch the ancient power of the Strand brings mysterious and powerful gifts, an unnamed assassin on the edge of death is rescued by a nobleman driven by the urge to use his gift to bring ease to the peoples of the land. It is an opportunity that brings the promise of redemption ... More
Book one in a dramatic new trilogy

In a world of impossible things, where to touch the ancient power of the Strand brings mysterious and powerful gifts, an unnamed assassin on the edge of death is rescued by a nobleman driven by the urge to use his gift to bring ease to the peoples of the land.

It is an opportunity that brings the promise of redemption to the man renamed Vehemence. But Vehemence is more than an assassin wanting to give up his burdens. He is a blood-linker and the needed talent in the nobleman (under the alias of) Dolour's group of hex-breakers. It is as a blood-linker that he is given a home and a new cause - to assist the group in their good works.

But Dolour's group operates under the watchful eye of the oppressive Guild of Impossible Things, and when their attention is turned elsewhere, does not hesitate to associate with the Faction, which works against the Guild in an invisible war.

Just when it seems likely that Vehemence will bring the Guild and Faction together in a new peace, he is uneasy. What are Dolour's real motives? Is there really a war between those who touch the Strand, and those touched by it? As they make plans to head out into the fearful Swamps, where the whole land lies under a deadly hex, Vehemence finds himself asking difficult questions, and deciding he must find the answers - even if it costs him his one chance for redemption.

Tegan Abbott is a creative writer and novelist, who wrote her first book at 18. Her 2012 self-published fiction novel, "Blood Gift: Part One", was inspired by a White Wolf table-top role-play game, Exalted. "Blood Gift" is a fantasy novel series complete with redemption and failure. Readers follow the journey of an assassin who develops into a hero, all while fighting his own complicated internal battle.

"Blood Gift" was an intentional name for the series that she bled for and worked profoundly hard to create ... while creating herself in the process. Like writing, it did not come easily or for free, it was earned while she was working and or studying full time. After finishing her "Blood Gift" trilogy and then completing the first book in a new series, Tegan showed that despite obstacles such as her dyslexia, she could be a successful writer.

Not only is Tegan an avid writer influenced by other creatives, such as Robin Hobb and Brandon Sanderson, but she also finds inspiration for her creative works from the world around her. She enjoys studying and writing biology, psychology, and botany. The scientific questions that we are not yet able to answer serve as an encouragement for her fantasy writing and development of new ideas to incorporate into her novels.

try it, I think you will love this whole series.

Being a reader not a writer I do not attempt convoluted in depth reviews so here goes...a damned good read!

(review of free book)
M. Pars reviewed on July 7, 2014
(no rating)
Will you please offer this book in other forms - PDF, read online, etc? That would most certainly assure (perhaps positive) reviews.

You have subscribed to alerts for Tegan Abbott.

You have been added to Tegan Abbott's favorite list.

You can also sign-up to receive email notifications whenever Tegan Abbott releases a new book.