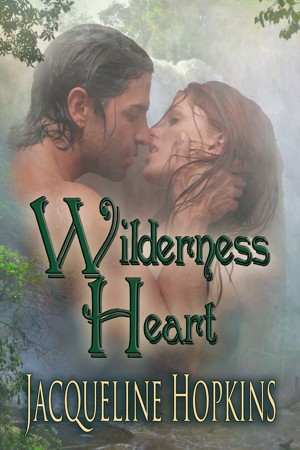 Rated 4.14/5 based on 7 reviews
Lyn Taylor guides men on hunting trips in the Idaho Wilderness, but it is a man's world, which makes her world complicated. To top it off, she was suppose to marry a local lumber owner who decimates the land around her world, but he's too controlling so she breaks it off. Enter Nic Randall, another mill owner, hires her to guide him as a ruse to scout the timber, sparks fly when she finds out. More
Lyn Taylor loves her job as an Idaho wilderness hunting guide, but her world is complicated. It is a man's job in a man's world where she must constantly prove she is very capable and qualified to guide men on their hunts. On top of her father barely engaging in life since the death of Lyn's mother, Lyn has second thoughts about marrying and having a man in her life.

But that was before she met Nic Randall, a lumber man, who comes from Montana to find timber to be bid on and milled. He is convinced she can't handle the job as their guide because she is a woman and she is, of course, insulted. Nevertheless, neither has much choice and are forced to spend day and night together for the seven day hunt. Lyn is not happy -- just how much is a confident, independent woman suppose to put up with?
Available ebook formats: epub mobi pdf rtf lrf pdb txt html
First 10% Sample: epub mobi (Kindle) lrf more Online Reader
pdb
Price: $2.99 USD
Buy Add to Library Give as a Gift
How gifting works
Create Widget
Tags: romance relationships 1970s wilderness idaho indie author hot springs northwest hunting guide lumbermill
About Jacqueline Hopkins

Jacque moved from Sitka, Alaska in 2012 to follow her husband to the ND oilfields, but her mother's health precipitated a move to Idaho where she took care of her mother until her passing. Jacque has been writing since she got out of the US Navy in 1988. Since about the late 1990s, life got in the way of her writing and was shelved until the editing of her niece's novel inspired her to pursue her love of writing again. She likes writing mainstream fiction, murder mystery, romance, and historical romance. She writes nonfiction under the name J. R. Hopkins, romance under Jacqueline Hopkins and will be writing under J. R. Walton for her mystery and a psychological thriller she has in mind. There are so many ideas and characters roaming around in her head, wanting to be set in Alaska and other places Jacque has lived, such as Oklahoma, Colorado, Idaho, Washington, Iceland, Connecticut, California and Hawaii where her daughter was born.

This is the story of Lyn. She is chief guide for Taylors Outfitters and Guides, a company that guides people on animal hunts. She is strong minded, feisty and independent. She is in an unhappy relationship with Brad, a local lumber yard owner. She has an intense dislike of loggers and lumbar companies because of what they do to the land around the trees and another deep seated reason. Then she is asked to guide a group of men on an Elk hunt. The leader of the group, Nic Randall, has very negative feelings against women on hunts and their first meeting does not go well. After a near miss accident whilst on the hunt, their feelings towards each other soften. Can she put aside her feistiness and gather the courage to leave Brad and build a relationship with Nic or are her experiences with Brad destined to cloud her future forever?

I really enjoyed this. It was a nice light romance, but not too 'fluffy'. I loved Lyn's feistiness and the sparring between her and Nic. They played off each other really well and I was rooting for them to get together. The 'deep dark secret' Lyn was keeping from him as to why she hated lumber mills and logging was played out very well. All in all it was a lovely romance that had strong characters and a brilliant 'happy ever after' that left me with tears in my eyes. I totally recommend this as a nice light read that is also a lot of fun.

I enjoyed Lyn's and Nic's story very much from beginning to end. I immediately fell in love with Nic, even though he was harsh to Lyn without due cause at their first meeting. I immediately liked Lyn as well and completely understood why she had the type of attitude with the men on this hunting trip that she had.
I think that the author did a very good job in creating a like/dislike feeling for both characters. One moment, I liked Nic more than Lyn, but then as the story continued, I'd find myself thinking, "Oh, Nick that was a stupid move." The author kept my interest to see who was going to win the struggle for power, both romantically and professionally that was occurring between Lyn and Nic. All the time, rooting for them to give into the passion that was building between them as they 'battled' one another. I enjoy love stories, but more than romance stories, I enjoy romantic stories that have adventure, mystery, and suspense throughout as well. This story did not disappoint me in that it had elements of all the fore-mentioned aspects that I enjoy about any story as a whole.
This author is talented, smart, and creative as she penned out the story. I loved seeing the land in my mind as she described the scenery. I look forward to reading more from Jacqueline.

Wilderness Heart, by Jacqueline Hopkins, is a gentle romance, teasing the reader with twists and turns of the heart.

Lyn Taylor, an attractive hunting guide makes a living in a man’s world, escorting tourists through the wilderness on Idaho mountains to hunt elk. She keeps a stoic front in the face of sexual discrimination every time a new group first discovers their guide is a female. On one such expedition, the younger son of a lumber mill owner, Nic Randall, is explicit in his prejudice to the point that it rattles her. Their obvious irritation with each other is complicated by strong mutual attraction, throwing them off course until things finally work themselves out.

As a first book, Wilderness Heart is still a little rough around the edges, with some repetition and stilted dialogue. But the romance element comes through very strongly, and stayed true to its genre with a devilishly handsome male to keep both the heroine - and this reader - happily occupied.

This is a romance set in the beautiful Idaho mountains.

Lyn is an attractive wilderness hunting guide in the Idaho lumber region where she has lived all her life. She has to battle against male dominance of this job and discrimination against her gender for the ability to do the job just as well as a man. On one particular expedition, this opinion is heartily voiced by Nic, an attractive, well-honed, thirty-something male. He, however, is using the hunt to disguise his reconnaissance of the area as, unbeknown to Lyn, his father owns a lumber mill company that wishes to make a bid on the land for its timber. Lyn has a deep-seated hatred for such companies as she can see no further than their defacement of the stunning place in which she grew up and believes their lumbering methods were responsible for a tragic accident that befell her grandfather.

Seven days in each other's company in the wilderness gives them challenges above those provided by having to survive the harsh outdoors. The attraction between Lyn and Nic is magnetic and intense, but they each have to overcome their prejudices; Lyn against the lumber companies, Nic against women who hunt guide (and cuss and smoke).

This book has all the ingredients of a hot romance: a good-looking, droolworthy male, a feisty female with mesmerising eyes, lust, desire that just has to be given in to and love. The relationship between Lyn and Nic moves along quite quickly and the HEA ending is predictable, but there are a few humps in the road, so you are thrown off kilter just a little. The dramatic Idaho wilderness is the perfect backdrop, wonderfully portrayed by Jacqueline – I could almost feel the crisp, crunchy snow beneath my feet and feel the cold, fresh and exhilarating air.

An easy-to-read and satisfying holiday read.

I really enjoyed this book...The descriptions were complete and you could visualize being there all the way through the book...the author did an awesome job of telling the facts, of a lady guide, and the raping of the wilderness, with enough fiction in the story to keep it interesting. It was a fantastic story. This is a story that a gentleman friend of mine enjoyed...He said he could relate to all of this story, except the romantic part lol...but loved the concept of the story..

(reviewed the day of purchase)
Shanna Damron reviewed on May 21, 2011

This book was definately a good read! I could relate so easily to the characters and imagining myself in their place was so effortless. Being a country girl myself might have helped but I don't think it's necessary to enjoy this book. It had such a great balance of obstacles and romance, such strong characters, and an original storyline. And here I thought a great pair of shoes was the best thing you could pull out of storage. It might be a little rough around the edges, but with a little polishing this one could shine!

You have subscribed to alerts for Jacqueline Hopkins.

You have been added to Jacqueline Hopkins's favorite list.

You can also sign-up to receive email notifications whenever Jacqueline Hopkins releases a new book.