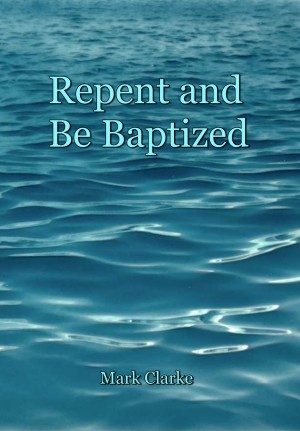 Repent and Be Baptized

I grew up as a Roman Catholic, and in the early 1970's became what was commonly known as a "Jesus Freak." I learned of a new way of viewing God, Jesus, and the Bible, beyond the confines of church on Sunday morning. After a couple of years I was introduced to a ministry called The Way International, with which I continued to be involved for nearly twenty years. Those who are familiar with this organization know that various events took place in the early eighties which led to the departure of many members who formed various "splinter" groups. I was involved with such groups for another ten years, which at first attempted to preserve the teachings of the founder of The Way, Victor Paul Wierwille.

As time went on, however, we began to learn about the coming Kingdom of God, and gradually came to realize that many of the things we were formerly taught do not stand up to closer examination, in light of the Scriptures. One in particular, the system of interpretation known as Dispensationalism, is not only unbiblical, it is harmful in that it separates Jesus from his words and his teachings.

I learned a great deal about looking at the Scriptures in light of the Kingdom of God from one of the Ex-Way offshoots, and was at that time introduced to a number of other resources through which I have continued to learn, including Restoration Fellowship and the Church of God General Conference (aka Church of God, Abrahamic Faith). However, my writing and my website are not affiliated with or officially sanctioned by any group, denomination, or church. I consider myself an independent "amateur theologian."

The following is a brief summary of my own beliefs:

Reviews of Repent and Be Baptized by Mark Clarke

You have subscribed to alerts for Mark Clarke.

You have been added to Mark Clarke's favorite list.

You can also sign-up to receive email notifications whenever Mark Clarke releases a new book.