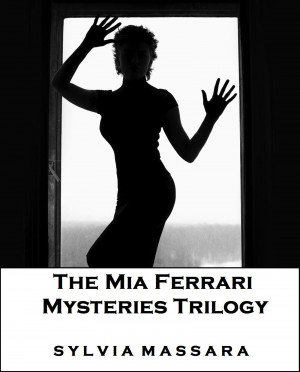 Mia Ferrari is a feisty, smart-talking, determined woman working in the international world of hotels, and aside from her love of younger men and a good Ferrari car – yes, a bit corny, but hey! – Mia loves nothing more than to pit her investigative skills against her archenemy, the sexy Detective Sergeant, Phil Smythe.

Amidst a world of illicit love affairs, trouble-making celebrities, temperamental chefs, sinister characters planning shady deals, suicides, drama, and the list goes on; where better to tackle a good murder for a busybody duty manager like Mia, who fancies herself to be able to solve mysteries faster than the police.

Mia doesn’t suffer fools gladly, and after a nasty divorce, which left her feeling rather bitter, she doesn’t trust men. Men, on the other hand, cannot help being drawn to this smart-talking, attractive, older woman. But can anyone capture Mia’s heart?

In a world where older women (anyone over 40) tend to be labelled as “untouchable”, unless they look like Michelle Pfeiffer or Demi Moore, it’s refreshing to see an older woman protagonist determined to help those who cannot help themselves—the victims of crime.

Mia’s character tends to reflect some of the qualities found in the film noir genre of Hollywood’s 1940s. Characters like Sam Spade and Philip Marlowe have inspired these mysteries: Mia is a flawed protagonist who sometimes has to bend the rules to get what she wants, and who doesn’t necessarily have a happy-ever-after ending to her story. It’s rather like a mirror of real life; and Mia, while a fictitious character, has to face the obstacles we sometimes face in life. Like in film noir, the stories are comedic, but also dark in that they deal with everyday problems, though they tend to be peppered with smart-talking characters.

Reviews of The Mia Ferrari Mysteries Trilogy by Sylvia Massara