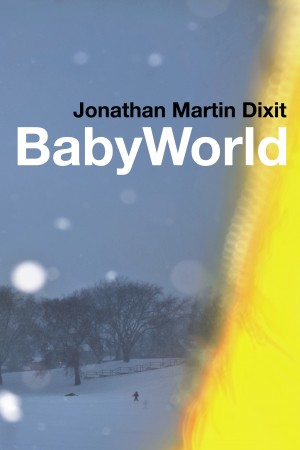 Toronto, September 2067. Ten percent of babies born are SMARTED; physically, emotionally and sexually they grow at normal rates, but cognitively they develop so fast that by six years old they graduate university and enter the heavily-taxed workforce, thus supporting Canada’s high standard of living—the highest in an otherwise polluted, politically volatile and over-populated world…

Sinika Reichman is a nine-and-a-half-year-old lawyer having problems determining whether she is a child or an adult. When the case of a raped and murdered, non-smarted, five-year-old girl is outsourced to her firm, Sinika is put in charge of the prosecution. Partnered with twenty-five-year-old Nathan Towers, the office wunderkind, who is non-smarted and hates those who are, Sinika’s augmented abilities are put to the test as she skilfully dismisses one suspect after another. Her unregulated emotions become strained, however, as she encounters events she can’t handle and concepts she can’t process.

Only by venturing out to Adult Island (old Centre Island), where children are not allowed, does she, aided by her recluse of a grandfather, Jonathan The Second, and her spirit-like great-grandfather, Jonathan The First, discover the true culprit, expose the core secrets about her neo-Dickensian society, and reveal the source of her own anxieties and her family’s dysfunction.
Available ebook formats: epub mobi pdf lrf pdb html
First 30% Sample: epub mobi (Kindle) lrf more Online Reader
pdb
Price: $2.99 USD
Buy Add to Library Give as a Gift
How gifting works
Create Widget
Tags: canada future society female lead crime dark fantasy dystopia science fiction
About Jonathan Martin Dixit

Jonathan Martin Dixit is the author of BabyWorld, a crime mystery, soft science fiction novel that explores the psychological dysfunction occurring in families suffering from suppressed trauma. With its taboo-breaking subject matter, tempered by an almost children’s fairy tale-like style, it is written for a mature, literary audience.

Jonathan Martin Dixit grew up in Woodstock, Ontario. Living in Toronto since 1986—save for a three-year honeymoon in Sault Ste. Marie—he has played in a band (The Gravity Show), owned a pub (The Duke of Gloucester), and produced plays and movies (most notably, It All Happens Incredibly Fast – 2002).

You have subscribed to alerts for Jonathan Martin Dixit.

You have been added to Jonathan Martin Dixit's favorite list.

You can also sign-up to receive email notifications whenever Jonathan Martin Dixit releases a new book.