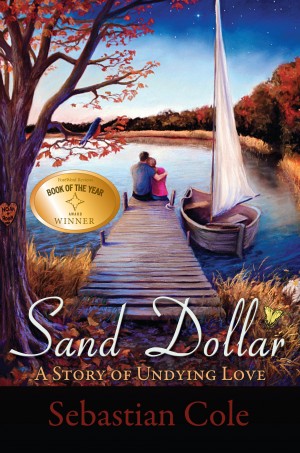 By Sebastian Cole
A man on his deathbed describes his life of love and loss, only to discover a far greater truth about the past, present, and future. And the one certainty that remains unchanged in Noah’s heart — true love never dies.

Noah Hartman has it all, or so it seems. Groomed since childhood to inherit his family's fortune and business empire, the effect of living the life set down for him by controlling parents has left Noah out of touch with his inner self. Enter Robin, who -- in direct contrast to Noah -- is a vivacious, free spirit with no material possessions to speak of. Robin's love saves Noah by inspiring him to stand up to his parents and reclaim his true identity at all costs. But Robin harbors a secret that could devastate their lives forever. Is it enough for two soul mates to find each other, or are the forces that would tear them apart too great to overcome?

Many years later, Noah lies in a hospital bed recounting his life of love and loss, only to discover a far greater truth about the past, present, and future. And the one certainty that remains unchanged in Noah's heart -- true love never dies.

Sebastian Cole never intended on being a writer. He graduated from Brown University in the 80s, then worked briefly in New York before returning to Rhode Island to work in his family’s business. Nineteen years later, he took a leap of faith and left the company to pursue his dreams, which has led him to where he is now: a novelist of romantic fiction. Cole writes from the heart, believing in true love, love at first sight, and finding that one person in life you’re meant to be with.

Sebastian Cole’s debut novel, Sand Dollar: A Story of Undying Love, was emotionally inspired by his own personal life experiences. Sand Dollar has won numerous awards, including being a winner of the Beverly Hills Book Award, a bronze winner of ForeWord Reviews Book Of The Year Award, a silver winner of the Feathered Quill Book Award, a finalist in the USA Best Book Awards, a finalist in the International Book Awards, a finalist in the National Indie Excellence Book Awards, and a finalist in ForeWord Firsts debut literary competition for first-time authors. The book has received rave reviews, many of which compare Cole to his favorite author, Nicholas Sparks, whom Cole cites as his inspiration for becoming an author. Whether or not he ever achieves that kind of success, touching the lives of others through his writing has been the single most gratifying thing he has ever done.

Reviews of Sand Dollar: A Story of Undying Love by Sebastian Cole

You have subscribed to alerts for Sebastian Cole.

You have been added to Sebastian Cole's favorite list.

You can also sign-up to receive email notifications whenever Sebastian Cole releases a new book.