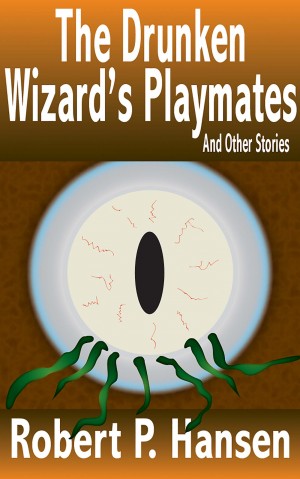 The Drunken Wizard's Playmates And Other Stories

First 20% Sample: epub mobi (Kindle) lrf more Online Reader
pdb
Price: $2.99
$1.50 USD
Buy with coupon Use the code SSW50 at checkout for 50% off during our site-wide promotion!
(Offer good through July 31, 2020 )
Have a better coupon?
Add to cart, then apply your coupon
Add to Library Give as a Gift
How gifting works
Create Widget
Tags: magic fantasy magic magic and wizards misadventure fantasy humor fantasy about a wizard fantasy funny fantasy sword and sorcery fantasy about demon fantasy wizard
About Robert P. Hansen

Robert P. Hansen has taught community college courses since 2004 and is currently teaching introductory courses in philosophy and ethics. Prior to that, he was a student for ten years, earning degrees in psychology (AA, BA), philosophy (BA, MA-T), sociology (MA), and English (MA). Writing has been a hobby of his since he graduated high school, going through several phases that were influenced by what he was doing at the time.

In the late 1980s and early 1990s, he played Dungeons and Dragons, read fantasy novels, and wrote fantasy short stories. He was also influenced by country music, particularly ballads, and wrote a number of short fantasy ballads that were later incorporated into the long poem "A Bard Out of Time."

In the mid-1990s, college and work did not leave him much time for writing, and he mainly wrote poetry. It was during this period that he learned how to write sonnets and became obsessed with them. Since he was focused on developing the craft of poetry, it was a recurring theme in many of the poems from this period ("Of Muse and Pen"); however, as a student of psychology, psychological disorders were also of interest to him, and he wrote several sonnets about them ("Potluck: What's Left Over"). He also began to submit his poems for publication, and several appeared in various small press publications between 1994 and 1997.

Most of the poems appearing in "Love & Annoyance" (both the love poems and the speculative poems) were written while he was a student (1994-2004), and relate to his romantic misadventures and his discovery of philosophy, the proverbial love of his life.

The poems in "A Field of Snow and Other Flights of Fancy" do not fit into a specific period; they are humorous poems reflecting momentary insights or playful jests, which can happen at any time. However, most were written before 1999.

In 1999, his interest shifted to writing science fiction short stories. Most of these stories were a response to a simple question: Why would aliens visit Earth? The majority of these stories appeared in magazines published by Fading Shadows, Inc. He later returned to this question in 2013 to finish his collection, "Worms and Other Alien Encounters."

In 2003, he discovered the poetry of Ai as part of a project for a poetry workshop. Ai is known for her persona poems written from the perspective of serial killers, murderers, abusers, and other nasty characters. Her work inspired him, and he entered a dark period, writing several macabre persona poems similar to Ai's and compiling his thesis, "Morbidity: Prose and Poetry", which focused on death, dying, and killing. ("Last Rites ... And Wrongs" is an expansion of that thesis.)

While a graduate student at the University of Northern Iowa, he twice won the Roberta S. Tamres Sci-Fi Award for his short stories "Exodus" (2003) and "Cliche: A Pulp Adventure Story" (2004).

He did very little writing from 2004 to 2010; he was too busy developing or refining the courses he was teaching. From 2010 to 2013, he focused mainly on organizing, revising, and submitting the work he had already completed, which resulted in several poems and short stories being published. He wrote sporadically until the spring of 2013, when he finished the initial draft of his first full-length novel "The Snodgrass Incident," which expanded upon and integrated three short stories he had written in the fall of 2012.

In the fall of 2013, he prepared several collections (poems and stories) for publication on Amazon and made a final revision of "The Snodgrass Incident." These were posted early in 2014, and he redirected his attention to other projects, including revising a short fantasy novel and a collection of suspense-oriented fantasy/horror/science fiction stories.

You have subscribed to alerts for Robert P. Hansen.

You have been added to Robert P. Hansen's favorite list.

You can also sign-up to receive email notifications whenever Robert P. Hansen releases a new book.