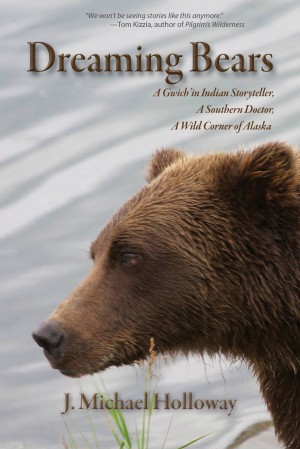 Mike Holloway was born in Greenwood, South Carolina. Summer trips to rural Alaska in 1961 and 1962 – begun as an adventure – led to his friendship with Johnny and Sarah Frank, and redirected his life. As an undergraduate, Mike attended The Citadel, where he was a member of the Junior Sword Drill. After completing medical studies in South Carolina and interning in Virginia, he became a doctor with the Peace Corps and then for the Bristol Bay Native hospital in Alaska. He returned to the South to complete a residency in orthopedic surgery. In 1973 he joined the orthopedic staff of the Alaska Native Medical Center (ANMC) in Anchorage. In 1977 Mike took a year and a half break from orthopedics and worked as a subsistence advocate and Washington D.C.-village liaison for the Alaska Rural Community Action Program. He then returned to work at ANMC, where he served some years as Chief of Orthopedics and received a number of awards for his service. In 2001, Mike was diagnosed with Parkinson’s disease, ending his work at ANMC. Feeling that he still had much to offer, he taught orthopedics through Health Volunteers Overseas (For more information about HVO, click on the link at the top). Mike is married to Margie Gibson. Their home on a mountain slope near Indian, Alaska is often visited by bears.

You have subscribed to alerts for J. Michael Holloway.

You have been added to J. Michael Holloway's favorite list.

You can also sign-up to receive email notifications whenever J. Michael Holloway releases a new book.