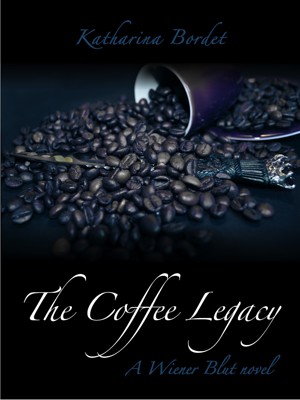 An old café, an even older legend and a new threat.

When Isabelle’s secret past returns to haunt her nightmares, she must take action to protect her family from a threat that is closer than she realises. More
The Coffee Legacy (Wiener Blut Book 1)

An old café, an even older legend and a new threat.

When Isabelle’s secret past returns to haunt her nightmares, she must take action to protect her family from a threat that is closer than she realises.

Set within the traditional Viennese café culture, The Coffee Legacy is the story of café owner Isabelle Schindler-Krug and her role in a struggle for power that stretches back for centuries.

As she tells her sons the legends behind coffee and Vienna, it becomes clear that one such legend is still in the making, with her own family caught right in the middle.
Available ebook formats: epub mobi pdf lrf pdb
First 5% Sample: epub mobi (Kindle) lrf more
pdb
Price: $4.99 USD
Buy Add to Library Give as a Gift
How gifting works
Create Widget
Tags: blood fantasy legend cafe coffee austria vienna legacy wien blut
About Katharina Bordet 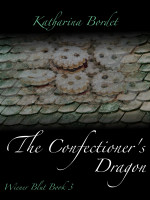 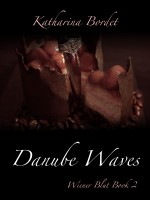 Reviews of The Coffee Legacy by Katharina Bordet

Review
Robin Reed reviewed on April 24, 2011
(no rating)
Weiner Blut by Katharina Maimer is set in the famous Austrian city Vienna, or Wien (pronounced "Veen") as it is called in German. "Wiener Blut" is German for "Viennese Blood." I'm sorry to disappoint you vampire fans, but the blood referred to in the title is...coffee. It seems that the city that gave us Mozart, Freud, and Schwarzenegger has coffee running through its veins. Each chapter starts with a recipe for a type of coffee, and then that coffee recipe becomes part of the story. The story is about the owners of a café in Vienna, two women named Isabelle and Karin. The café is old and traditional, the kind where coffee drinkers sit and read newspapers all day and watch the people passing by.
One night Isabelle starts telling her two young boys a charming but unlikely bedtime story about people from another world who are even more obsessed with coffee than the Viennese. These people have been coming to Vienna since the seventeenth century, when coffee beans were found in the supplies abandoned by a fleeing Turkish army. The people from this other world come to Vienna for a couple of years when they are young to teach the Viennese about coffee, like Peace Corps volunteers.
Of course there is more to this story than a fairy tale, and Isabelle is really from the other world. She fell in love with a boy from Vienna when she was young and ran away to be with him. But he, her husband and father of the boys, has been withdrawing from her and has a dark secret of his own. Meanwhile Karin's fiancé leaves her when he learns that he is not the father of her child. The real father is a mysterious figure who also has connections to the other world. Karin has to find out if he is Mr. Right, or in this case, Mr. Coffee.
Things get darker when Isabelle's elderly aunt is murdered in the street, and Isabelle begins to have dreams of the family she left behind in the other world. Her father is the King. Who else would he be? As princess, Isabelle has to go home and find out what is going on in her home world. Trouble is brewing in this caffeinated kingdom as a plot to seize the throne percolates through a family of formerly loyal royal retainers.
The book is, despite a few murders, a fairly light story. Its focus on coffee makes it as obsessed with the bean and its many permutations as a crazed but perky Starbucks barista.
There is a detailed sex scene when Isabelle and her husband confess their secrets and get together again. I didn't say this was a children's book, despite calling parts of it a fairy tale. It's a quirky, fun thriller and fantasy.
The author is a resident of Vienna, and writes well in English, not her first language. She uses German style quotation marks, though, like this: ,,I am talking with German quotation marks." It didn't take me long to get used to them, but since the book is written in English it would probably be better to use the English system. She also calls her city "Wien" throughout. In English it is "Vienna" so in the interest of not confusing English speaking readers, I suggest translating it.
None of that interferes with this fun story, which has a not-quite-as-happy ending as I expected, but still ends up with the villains defeated and good triumphant. At the very end a new light is thrown on the nature of the other world and its people, which readers may find charming or may not like at all. In a fairy tale world where people take cappuccino bubble baths, anything is possible.

You have subscribed to Smashwords Alerts new release notifications for Katharina Bordet.

You have been added to Katharina Bordet's favorite list.

You can also sign-up to receive email notifications whenever Katharina Bordet releases a new book.