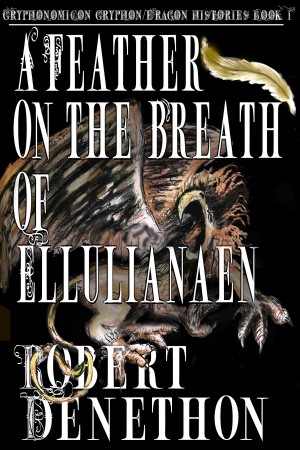 A Feather on the Breath of Ellulianaen

Robert Denethon is a nom de plum and a character in his own footnotes. The real author lives in Lockridge, Western Australia with his naughty two year old puppy dog, a used piano, and a bunch of burgeoning bookcases. His books were written with you in mind if you like gripping fantasy and sci fi novels, some with strange footnotes, weird invented languages, unusual names, disturbing alternate realities, with a slightly realist bent. In other words, he has attempted to write the kinds of books he likes to read. Think somewhere between the extremes of Philip K Dick, Tolkien, Neal Stephenson, China Miéville. He wants people to read his books and would be extremely pleased if you enjoy them!
OTHER BOOKS
You may also wish to view Robert Denethon's other books, written under the name Andrew P Partington https://www.smashwords.com/profile/view/AndrewPartington

You have subscribed to alerts for Robert Denethon.

You have been added to Robert Denethon's favorite list.

You can also sign-up to receive email notifications whenever Robert Denethon releases a new book.