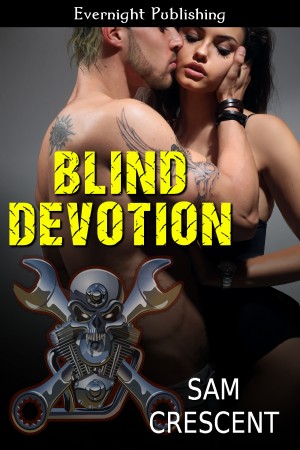 Blinded by her stepfather, Sasha has been living in a world of darkness for a long time, but one chance meeting with Pussy changes her life forever. The few moments she’s in his arms are the best of her life. He gives her independence and helps her to see her future more clearly.

However, Gonzalez is pushing the Chaos Bleeds crew to the breaking point. How long will it be before they all snap? In the midst of all this danger, Sasha, in her blindness and innocence, is a risk to the club’s future. How can Pussy choose between the love of his club and the love of his woman?

About the Series: Chaos Bleeds