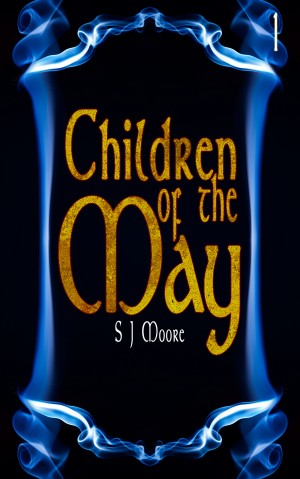 By S. J. Moore
Rated 4.00/5 based on 1 reviews
A Prophecy. A Shipwreck. The Battle for Britain begins... They hardly remember the May-children. The one hundred and forty children King Arthur exiled from Britain. Mordred – he’s the one they talk about. They say he was the only May-child who survived. They were wrong. This is the secret history of the Children of the May.The first book in a powerful new fantasy series from S. J. Moore. More
A Prophecy

The Battle for Britain begins...

They hardly remember the May-children. The one hundred and forty children King Arthur exiled from Britain.

Mordred – he’s the one they talk about. They say he was the only May-child who survived. They were wrong.

Children of the May is the first novel in S. J. Moore’s Children of the May saga. Inventively adapted from tales in Thomas Malory’s Le Morte d’Arthur and other medieval sources, the Children of the May stories are full of action, adventure, mystery, humour and romance - a version of the Arthurian legends for today.
Available ebook formats: epub mobi pdf rtf lrf pdb txt html
First 20% Sample: epub mobi (Kindle) lrf more Online Reader
pdb
Price: $0.99 USD
Buy Add to Library Give as a Gift
How gifting works
Create Widget
Tags: fantasy merlin knight castle avalon joust arthurian mordred arthurian fantasy children of the may
About S. J. Moore

S. J. Moore is a writer from the North East of England. His acclaimed Children of the May series of Arthurian fantasy stories is ongoing. A novella not part of that series, Untitled Ghost Story, is forthcoming from Salt Publishing's 'Modern Dreams' line.

Also in Series: Children of the May

This book reinvents the famous arthurian event of the killing of the babies of May. Arthur and Merlin decide to kill the babies and children born in May and the rest of the story follows the adventures of the children and teenagers that survived the ship wreck in a mysterious island.

The rest of the review will HAVE SPOILERS.

I will start the review with the things I loved and liked in the book.
I really like the overall plot and the explanations for what it happens with the island, how the questing beast was used (it's not a theme very used in arthuriana so I was truly liked).
Lady Bertilak and the castle of happyness were truly interesting and my favourite part of all the novels. I've always liked stories about enchanted castle and it gave to the book a good arthurian feeling.
Merlin and the prophecy. I love the theme of destiny/freedom in arthuriana, mostly related to the prophecy of the May babies and to the consequences that it has for Arthur. I think this is the first time I've read a book where the prophecy was a scam and I liked it because by the end, even if it was a scam it created the right amount on consequences that it had predicted.
Merlin as a villain, 100% approve. Sorry. I hate Merlin as a character. I also like the theme of power hungry characters so it was lovely.

About the things I didn't like I admit that I am not fond of Evil Arthur. I know there are many books where Arthur is on the evil/villain side and they are mostly about good!Mordred vs Arthur but I've never liked them. I think it takes out part of the complexity that Arthur character may have. Luckily this book doesn't give us a completely good Mordred even if it seems to keep the good!Mordred vs evil!Arthur standard. But I am curious about Arthur in next books, anyway, mostly because he feels like a pretty malleable and weak character or at least he was to Merlin.
Also I am not sure about how much I liked Bertilak and Accolon, I mean they were interesting villains and for sure interesting characters but I am unsure why they got named like that. As an arthurian fan I live by Guerin's quote about the renarration of characters that are easily indentified because they are part of a previous existing tradition. While I was quite glad of the reeditions of some of the characters (mostly Merlin but also Agravaine) I can't see any resemblance between Lady Bertilak (Gawain's lover, the wife of the Green Knight etc.) and the character used in the novel and the same for Accolon. Maybe in sequel novels it'll be explained.
About non arthurian things (which are my personal things because I realize that this novel can be enjoyed by arthurian fans and non arthurian readers) the thing I really didn't like was the love and in general the love stories. In the novel we encounter Mordred, Melwas (here a girl) and Agravaine and from the beginning there is stress put on the fact that the trio is a lover trio (mostly by Elia the bard) and in the rest of the novel we see a lot of drama between them caused by the fact that Agravaine's love for Melwas is unrequired while Mordred and Melwas are lovers. I.. I was involved in the love triangle. The narration didn't show me how Mordred and Melwas fell in love or how Agravaine and Melwas were friends or Agravaine and Mordred a part from some very rare paragraphs so when the 'shit hit the fan' I couldn't really care about who loved who or who hated who and felt betrayed and alone. Maybe it was what the author wanted because maybe the mean was to show that these three guys were just teens not adults and like teens they were overstimating their crushes or maybe that was just what Drift felt because he was the narrator.
However the same was for Palomina and Drift. It was only after Palomina told him of her feelings that I felt like Drift started to show interest in her- it was really a surprise for me because I felt like Drift had much more connection with Elia or even with Epicene.
Also I was truly sorry for Bellina because I really liked her and I tought we would see more of her growing up but I can hope for future books. (She reminded me a bit too much of those demonized female characters which are the incarnation of all that is awful in women, yes, M. K. Hume author of King Arthur trilogy, I am looking at you).

To conclude this review, yes, I will continue the series. I am mostly interested in Mordred and Arthur. Mordred because, even if at the beginning was a bit cold to me as a character, I really started to love him and find him interesting by the end of the novel and Arthur to see how his character is evolved. Also if I am a bit worried about arthurian characters villanized to make the reader take Mordred's side, but it's a personal problem not a fault of the book.

You have subscribed to alerts for S. J. Moore.

You have been added to S. J. Moore's favorite list.

You can also sign-up to receive email notifications whenever S. J. Moore releases a new book.