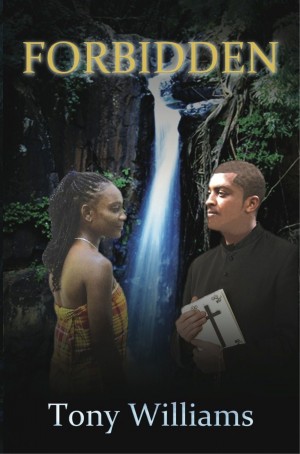 Christian Joseph, a mulatto, and one of several major characters, is a by-product of the social and racial polarization that bedevils the island. He’s a devoted acolyte of the Catholic Church and people look up to him because of his complexion and his high standing with the priests. His world is turned upside down when he discovers that he was born out of wedlock. He further discovers, to his dismay, that his father, heir to Paradise Estate, the island’s most renowned sugar plantation, has died and left the property to Christian’s mother – a poor black village girl. This causes disbelief and outrage among many in the community, including the priests. It forces Christian to return to the village of his birth to try and uncover the secrets of his past.

I was born in the Eastern Caribbean island of Saint Lucia. Presently, I live in a picturesque mountain village, once a refuge for runaway slaves, where I'm finally able to do what I love most; creating worlds in my head and bringing them to life with my pen. Prior to that, I found this really hard to do because of the primal need to survive and pay the bills. On leaving high school I sought solace in journalism after coming to the sobering realization that the road to becoming a published author is a lot easier said than done.

Along the way I got sidetracked and ended up managing a family-owned banana plantation. A few years later I jumped ship and returned to journalism, and became an editor for the Crusader newspaper in St. Lucia. I am a Reuters Fellow (Reuters Institute for the Study of Journalism, Oxford University). Presently, I do mostly freelancing, including editing the St. Lucian young entrepreneurs magazine, Dazzle. My website, Caribbean Book Blog provides updates on new books and useful information about new resources and opportunities for writers to publish and promote their work.

You have subscribed to alerts for Toni Williams.

You have been added to Toni Williams's favorite list.

You can also sign-up to receive email notifications whenever Toni Williams releases a new book.