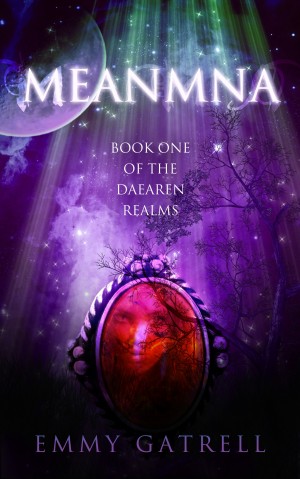 Daearen isn't much different than the human world. Imagine a world where science is replaced with magic.

Emmy Gatrell is a Fantasy and Paranormal Romance writer ranging from Sweet (YA/NA) through four-flame +18.

She grew up Metro-Detroit and went to Siena Heights University in Adrian, Michigan before moving to Georgia. After spending more than a decade there with her husband, kids, and dogs. Her family realized Georgia was still too cold, and now live in Costa Rica where it's summer all year and our seasons are; kind of dry, a little rainy, and deluge.

Emmy has published the first three of six novels in the Daearen Realm series; Meanmna, Bienn-Theine, and Eitlean, book four is slated for a 2017 release. And she&#39;s published the first two novels of her Paranormal Shifter Romance series, The Lupinski Clan; Fate is a Mated Bitch and Forgiving Fate.

Emmy’s love of her roots and traveling comes out in her writing as I create a new realm of existence with the Daearen Realms an entirely new breed of Shifter with the Lupinski Clan and whatever she comes up with next.

You have subscribed to alerts for Emmy Gatrell.

You have been added to Emmy Gatrell's favorite list.

You can also sign-up to receive email notifications whenever Emmy Gatrell releases a new book.