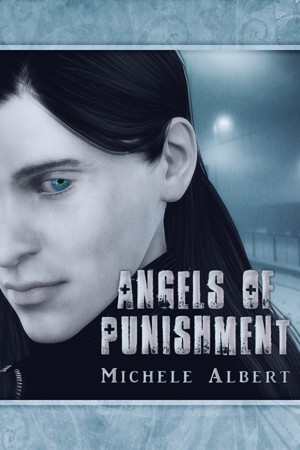 Rated 4.00/5 based on 2 reviews
Celestial warrior Ahadiel searches for a missing Angel of Punishment, and enlists the aid of Prima, the daughter of fallen angels.

Author of several books with Avon and Pocket -- contemporary romance and romantic suspense -- and contributor to a short story romance anthology.

I absolutely loved it! Phenomenal job, can't wait to read the rest...I've read it about three times already.

wow, very nice! great descriptions. I could have done with out the Angel saying the word "A-s" and the mom saying "B--ch"

He/they are a different "race" why would he/they use human "slang" if he/they didn't live among them?

It dates the story.

I like to read "literature" not swear words, they just grate on me, and kind of ruin the "moment" Like "Romeo, Romeo where the H-ll art thou" you see?

It's like a Ballerina tripping. You're engrossed in the story in the dance, and she leaps up to land lightly on her toes, but instead ends up in an indignified heap, thus tripping up the beauty of the story.

Your angel description was amazing, like he was standing there. I thought his tempered words, would be the same.

It was hard to read, him paying her a compliment with such a harsh word, for something he admired.

It still bugs me, I think "shall I drop you?" said earnestly, or commandingly (as is his nature)as he nuzzled her ear saying it, would have made both his nature, and his feelings perfectly clear, without being blatant.

She would have been equally puzzled.

personal pet peeve I guess, I find swear words, or derogatory insults, to be empty words. I don't want to hear or read meaningless words. Threats are ok though "If I ever catch you, or your minions near my daughter EVER, I will personally incinerate you all!!" vs "got to h-ll, you b--ch"!

In the first one, I can see her doing so, the later is not a mental image.

I couldn't even understand the story/dialog/plot of the movie "White Men Can't Jump" because they said "F--K" every 5 seconds.

You have subscribed to alerts for Michele Albert.

You have been added to Michele Albert's favorite list.

You can also sign-up to receive email notifications whenever Michele Albert releases a new book.