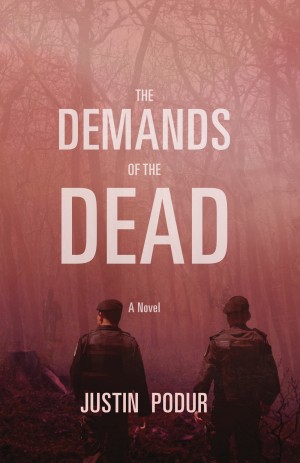 The Demands of the Dead

By Justin Podur
When two Mexican police are murdered in guerrilla territory in Chiapas, Mexico, a US firm close to the Mexican government is contracted to do an independent investigation. Mark Brown has his own ghosts and his own agenda, and has to work both sides to solve the case, in a place where any mistake could endanger lives - or reignite a war. More
When police killed his two best friends in a supposedly accidental shooting, detective Mark Brown left the force bitter and angry, abandoning a promising career and leaving his special skills to languish. A year later, the trail of one of the killers has Mark looking south, to Mexico, just as he receives a mysterious, anonymous, encrypted message over e-mail: The dead demand much more than vengeance.

The same day, two Mexican police are murdered in guerrilla territory in Chiapas, Mexico, where the Zapatista rebels face the Mexican government in a deadly conflict in which no one is safe and no one can afford to be neutral. A US firm close to the Mexican government is contracted to do an independent investigation, and they want Mark in the field. But does anyone want the truth to come out? The Mexican police stand accused of corruption and collusion in drug trafficking. The rebels and their apparently benign supporters have secrets of their own. And the US Embassy wants Mark to use his new contacts to bolster their intelligence on the rebellion.

Drawn into the conflict zone by the connection to the deaths of his friends, Mark finds that he has to work on both sides to solve the case, in a place where any mistake could endanger lives – or reignite a war.

Justin Podur is an Associate Professor at the Faculty of Environmental Studies at York University in Toronto. He is the author of Haiti's New Dictatorship: The Coup, the Earthquake, and the UN Occupation (Pluto Press (UK), Between the Lines (Canada), Palgrave Macmillan (US) 2012) and contributor to Empire's Ally: Canada and the War in Afghanistan (University of Toronto Press 2013). He has also worked as a journalist, reporting from the Democratic Republic of Congo, Haiti, Pakistan, India, Colombia, Venezuela, Israel/Palestine, and Chiapas, for Z Magazine/ZNet and other outlets. His PhD is in forestry, and his scientific research on forest fires and climate change has been published in The International Journal of Wildland Fire, Ecological Modeling, Ecological Applications, and Environmetrics.

You have subscribed to alerts for Justin Podur.

You have been added to Justin Podur's favorite list.

You can also sign-up to receive email notifications whenever Justin Podur releases a new book.