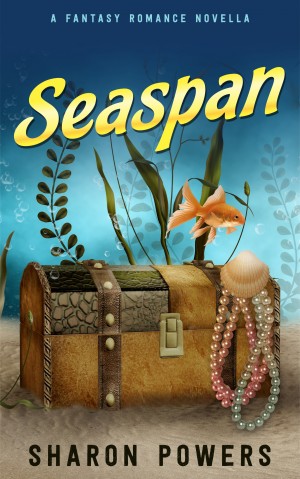 By Sharon Powers
Twenty-five years ago Jack and Kelly met. He can't for get. She can't remember. That's because it hasn't happened to her...yet. More
Twenty-five years ago Jack and Kelly met. He can’t forget. She can’t remember. That’s because it hasn’t happened to her…yet. Kelly Reed leaves her tedious life in New York City to dive for a billion dollar sunken treasure in the Caribbean. During her first underwater exploration, she’s caught in a time warp and transported back in time twenty-five years. A group of scientists rescue her; scientists that are studying the area because they believe the rapid movement of the underwater currents can cause time travel. She mistakenly lets them know what she’s looking for and one of them becomes greedy. He wants her knowledge and kills a co-worker to get it. She escapes back to current time where she now finds several people have been anticipating her reappearance. One has grown from a boy to a man and has been waiting for her return to fulfill his boyhood fantasies of love. The others want the treasure and can’t find it without her.
Available ebook formats: epub mobi pdf rtf lrf pdb txt html
First 20% Sample: epub mobi (Kindle) lrf more Online Reader
pdb
Price: $0.99 USD
Buy Add to Library Give as a Gift
How gifting works
Create Widget
Tags: fiction romance fiction action adventure fiction fantasy fiction novella fiction mainstream fiction action romance adventure fictional romantic fantasy fiction fantasy action adventure fiction and romance fiction romance action adventure
About Sharon Powers

Sharon Powers currently divides her time between living in Southern California and Baja, Mexico. She has two grown children, two grandsons and a lovable dog named Mia. Besides writing, her time is filled with various hobbies, special projects and her family and friends. Sharon started her career in accounting and worked as a controller for a manufacturing company. In 1997, she opened Pink Lava in La Jolla, CA, which was the sixth women's surf shop to open in the country.

Reviews of Seaspan by Sharon Powers

You have subscribed to alerts for Sharon Powers.

You have been added to Sharon Powers's favorite list.

You can also sign-up to receive email notifications whenever Sharon Powers releases a new book.