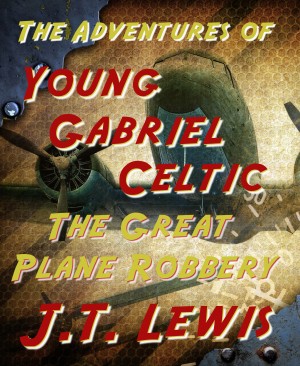 “Go ahead Mr. Celtic.”
“Why are you calling collect dad.” GB said smiling. “Did your car break down?”
Silence
“Dad…?”
“Gabe?” GB asked excitedly at the sound of his son’s voice. “Where are you? I thought you were at Jimmy’s house?”
“I’m at the airport…in Mount Pleasant.”
“WHAT? That’s a hundred miles from here!”
“Yeah…I kinda got my tail in a wringer here. Can you come pick me up?”
“You are in a world of trouble son. I haven’t even started getting mad at you yet.”
“I know….I’m sorry. Oh and dad…?”
“Yeah Gabe?”
“Bring your gun.”
Download: epub mobi (Kindle) pdf more Online Reader
rtf lrf pdb txt
Price: Free! USD
Add to Library
Create Widget
Tags: adventure action young adult ya middle grade mg jt lewis jtlewis the adventures of young gabriel celtic the great plane robbery
About J.T. Lewis

Living in Southeast Indiana with his wife, J.T. has always loved a mystery. Striving to bring readers a story packed full of action, adventure, and suspense has led to his current selection of titles.

Another new series, The Nick Behr Mysteries, starts with the story Kidnap Inc., where we get to meet Nick Behr...as well as all of the people that have crowded into his head! Fighting against the craziness of his life while trying to solve the murders of the current case sometimes leads the story to veer off-kilter a little. This unexpected result has caused the story to be labeled, "One of the funnest mysteries I've read in quite some time!"

Also added to J.T. Lewis' series list this year...The Artifact Hunter! Jesse Flanagan is just a guy who enjoys making a profit from the antiquities he buys and sells. When one of his discoveries suddenly puts him in the cross-hairs of assassins, he must change his whole life as he goes underground to try and reclaim his life!

An electrician by trade, at night JT Lewis morphs into a fictional detective with a keyboard, a transition that suits his need for creating exciting stories for his ever-growing audience. 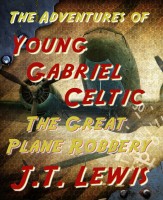 Also in Series: The Adventures of Young Gabriel Celtic 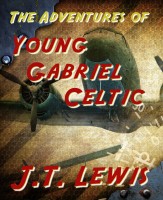 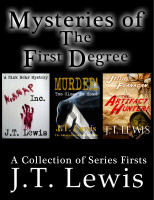 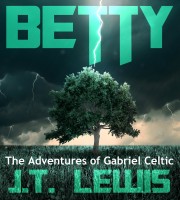 You have subscribed to alerts for J.T. Lewis.

You have been added to J.T. Lewis's favorite list.

You can also sign-up to receive email notifications whenever J.T. Lewis releases a new book.