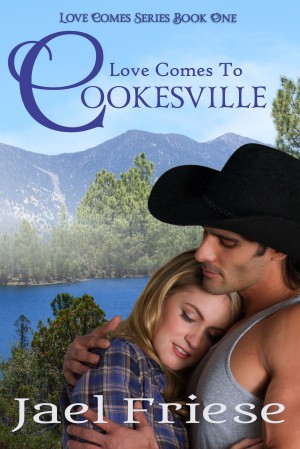 Some people say, once you cross a line, you can never go back.  No one believes that more than Jason Stuart who has been living on the edge of hell the past few years. He's lost the only person who truly matters in his life: Shayla Cooke, who is leaving town with no intention of coming back. More
Jason Stuart is at the end of his rope...

Some people say, once you cross a line, you can never go back.  No one believes that more than Jason Stuart who has been living on the edge of hell the past few years. He's lost the only person who truly matters in his life: Shayla Cooke, who is leaving town with no intention of coming back.

Some people say you can't run away from your problems. But that is exactly what Hope Welles needs to do, because if she doesn't, she might not have a future. When she arrives in Arizona looking for her long-lost relatives, she comes across Wade Cooke who's been the social outcast for years. Just as Hope gives him a reason to believe his lonely days are behind him, he discovers things are never that easy.

Welcome to Cookesville, Arizona where anything can happen, even love...

Jael Friese lives in the Southwest with her husband, son, and their pack of dogs. When she is not working with other authors or reading, she writes down her daydreams and turns them into readable stories.
Jael writes contemporary romances with a touch of drama.

About the Series: Love Comes 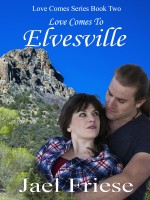 In the small towns of Cookesville and Elvesville, love is coming. But, it does not come easily.

There are two books in this series;

A bright and shining author debuts with Book One of the Love Comes Series. First we meet Jason, whose mother leaves him at a very young age with an abusive father who had the decency to die soon after. Jason is sent to Cookesville, Arizona to live with his grandparents. There he is surrounded by love of not only family, but of his two close friends, Wade Cooke and his sister, Shayla, and their parents. When his grandparents die, Jason goes into a deep depression and becomes dependent on pills and booze and descends into the wilder side of life, and makes some really bad decisions along the way. After a couple years, he comes to the conclusion that he either continues on the way he has been living and lives a very short life, or turns his life around and tries to make amends with his best friend, Wade, and the only girl he will every love, Shayla, before it is too late.

Next we have Hope, who comes to Cookesville seeking safety and shelter with relatives she didn't even know about until recently. There she meets Wade, who has become a loner since his former best friend, Jason, spread lies about him and turned the town against him. As Wade and Hope get closer and are on the verge of falling in love, a misunderstanding comes between them and threatens to leave them both alone again.

Ms. Friese has written a fantastic book with two love stories going on at the same time. The way she weaves their lives together keeps the reader entralled and anxious to see where the story will lead them next, since there are twists and turns around every corner. Her secondary characters also add a strength to the book, adding enough to the story that made you feel like you were living in the town of Cookesville and these families were your friends and neighbors. You can't help but sit back and cheer them all on to their HEA and I can't wait for Book Two in the series to be released.

Love Comes to Cookesville features two romances, but they are wrapped up in the same story. One is between Wade and Hope, and the other is between Jason (aka Jay) and Shayla. After Jason broke Wade's trust, the possibility of him ever marrying Shayla (Wade's sister) was destroyed. Turning to drugs and alcohol to deaden the pain of his betrayal, he ends up falling in the wrong crowd and living a very loose life, running from one woman to another, never satisfied with any of them. Shayla, tired of watching this, decides it's time to go live with her brother Wade and help him with the horses.

Meanwhile, Hope is coming to Arizona in hopes of finding a long-lost relative. Not knowing where this relative might be, she decides to work for Wade, but just as soon as they start developing feelings for each other, something happens which forces her to leave without saying anything. (I won't say what because I don't want to spoil it.)

But there are a couple questions that pop up. Can Jason do anything to redeem himself and restore the friendship he lost with Wade and his future with Shayla? Will Hope find her long-lost relative? Is all hopeless for Wade who's been longing for love for the longest time only to find it elude him when he thought he would get it?

My favorite character was Wade. He was such a sweetheart, and he was a very sympathetic character. To top it off, he was a virgin, something hard to find, especially in contemporary romances. What I liked most about this book is how imperfect the characters were. I love to see characters who've really messed up, realize it, and try to better themselves. And while Wade was a sweetheart, even he had his moments. So what we're really dealing with are characters who are human. They have faults, but by their actions they show it's possible to be redeemed. I also enjoyed the love scenes, which happened after marriage, because they were realistic. If you like these kinds of romances, I believe you'll enjoy this book.

You have subscribed to alerts for Jael Friese.

You have been added to Jael Friese's favorite list.

You can also sign-up to receive email notifications whenever Jael Friese releases a new book.