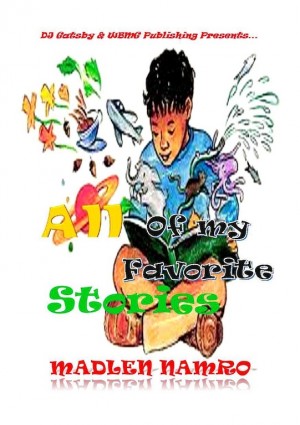 All Of My Favorite Stories

Madlen Namro was born in Lodz, Poland. When she was seven, maybe eight years old, children in her school used to call her Pippi Longstocking, because she would always make up stories and generally pull everyone's leg all the time. In fact her daydreams of being a writer got serious enough for her parents to be called to school. The teacher downright told them that the best way to deal with it would be to make her commit it all to paper. So, when she was around nine, her first book was written, it was called "Talking Dog and Me". That's how her adventure with writing begun. She's always seemed to have a rather lively imagination and making up stories has always been her second nature, something she never had trouble with. She believes it to be a gift from God and one that she was meant to use.
The publication in 2008 of her novel entitled 'Commandos' allowed her to fulfil her dream of becoming a sci-fi writer. The book's action-packed and vivid plot engross the reader and place him in the very middle of events which are about to determine the fate of 22nd century Earth.
Madlen also writes articles, tales, books for children, teenagers and screenplays. She has recently begun a new journey through life as a Film Director.
She is a full member of Women Writers and Journalists Society in London.

Whatever you read about her, there is only one way to know her better... to read her books.
Her website is : www.madlennamro.com

You have subscribed to alerts for MADLEN NAMRO.

You have been added to MADLEN NAMRO's favorite list.

You can also sign-up to receive email notifications whenever MADLEN NAMRO releases a new book.