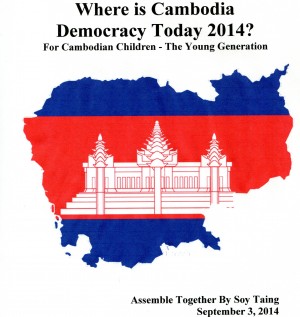 Where Is Cambodia Democracy Today 2014?

By soy taing
The World kew that Cambodia began Democracy in 1993, but where is The Real Cambodia Today 2014?

Soy Taing, a retired Electrical Electronics Engineer from Sperry Univac, Raytheon Co, Intel Corp, and NEC Corp. He originally came from Cambodia, became a refugee in 1975, went to Widener University in PA for BSEE 1979, MSEE at Worcester Polytechnics in MA 1986, and Software C++ Programming Engineer 1998 at NEU in Ma. Since his retirement in 2009, he has written 8 books: 2 in English and 6 in Khmer. 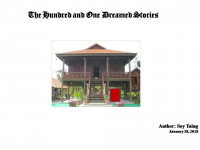 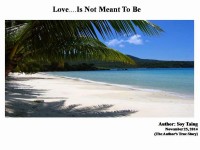 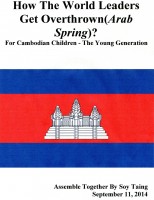 You have subscribed to alerts for soy taing.

You have been added to soy taing's favorite list.

You can also sign-up to receive email notifications whenever soy taing releases a new book.