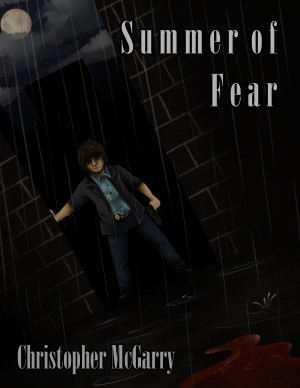 Rated 5.00/5 based on 1 reviews
Antonio Guardini, a hard-edged though tactful New York police detective, devout Catholic and prolife activist, must put his personal beliefs aside as he hunts down a cunning assassin who is murdering abortion doctors. More
Benevolent, diplomatic though often harried NYPD homicide detective Antonio Guardini has always separated his role as a police officer from that of a devoted husband and loving father of two children, Sarah and Peter. For Antonio and his wife, Cheryl, the glue that has preserved their 20 – year marriage through stormy times is the couple’s unwavering Catholic faith. Being devout Roman Catholics, the Guardinis are stalwartly prolife. When a mysterious killer with ice in his veins suddenly begins slaying abortion doctors in New York City, the dedicated cop and family man struggles with his steadfast personal convictions and his role as a protector of public safety. As the blistering hot summer trudges along and the body count rises, the NYPD joins forces with City Hall to create a task force with the desperate hope of finding the skilled assassin and putting a stop to his paralyzing reign of terror. Antonio quickly finds himself working alongside six other detectives pulled from precincts around New York. The hardworking investigators quickly get to know each other as well as the motives and mind of a guileful murderer who never leaves behind even the slightest trace of evidence and meticulously plans his killings. Antonio becomes increasingly consumed by the mentally draining case. His relationship with Cheryl, Sarah and Peter begins to suffer. He desperately tries to uncover the true identity of the man the press has dubbed “The Abortion Killer” all the while unaware that the cagey predator is close to him.
Download: epub mobi (Kindle) pdf more Online Reader
rtf lrf pdb txt
Price: Free! USD
Add to Library
Create Widget
Tags: crime suspense murder mystery religion detective new york abortion
About Christopher McGarry

I am an author, freelance writer and magazine editor who lives in Prince Edward Island, Canada. Since graduating from the journalism program at Holland College in Charlottetown, PEI, in 2006, I have written for several publications including The Atlantic Catholic Magazine, Vermilion and Area Voice (Alberta), The Eastern Graphic (PEI), G! Magazine and the Interim Magazine from Toronto. Since 2008, I have been writing for Canadian Firearms Journal and served as editor for the national publication from April 2014 to May 2015 . Additionally, I review plays for the Buzz Magazine in Charlottetown. In 2011, I published my first novel, Unforeseen Fury. On December 31, 2015, I released my third novel, When the Guns Were Turned On Us. 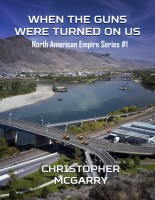 I enjoyed this book - Christopher McGarry dealt with a difficult subject in a thoughtful, sensitive manner. His descriptive attention to detail is captivating and original, and the reader really gets a sense of 'place.' Antonio is likeable and, interestingly, in quite a predicament. He is conflicted, since his personal views are at odds with the subject matter behind the crimes he finds himself investigating. I particularly respect the author for his research in weaponry and all-things crime related - the reader really feels immersed in another world. Great job, Christopher, looking forward to your next book!

You have subscribed to alerts for Christopher McGarry.

You have been added to Christopher McGarry's favorite list.

You can also sign-up to receive email notifications whenever Christopher McGarry releases a new book.