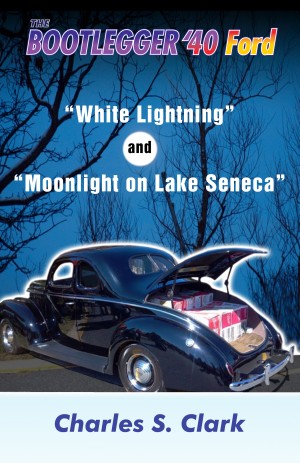 I am a retired instrumentation engineer specializing in medical electronics with a lifelong interest in hot rods and high performance cars. I do total restorations of rare classic cars. I currently have restored a 1940 Lincoln Continental convertible which is one of 300 made. Proud to say that it took First place Concourse at the Early Ford V8 Club 50th anniversary meet. I also have restored two 1955 Chrysler C 300 both to factory original specs including the dual four barrel hemis.

In my book you will read about the 1940 Ford coupe that I own. I leave it to you to sort fact from fiction as the six stories that you read involve a lot of very authentic action with this car passing from owner to owner each time with a special adventure. Be prepared to run bootleg whiskey in North Carolina and race an old Nazi on the German autobahn. (disastrous result). You will discover that I know a lot of authentic details about the flathead Ford engine and I have been to all the places mentioned in the book. So join the old engineer and go back in time for reading adventure. (Women like the book)

You have subscribed to alerts for Charles S. Clark.

You have been added to Charles S. Clark's favorite list.

You can also sign-up to receive email notifications whenever Charles S. Clark releases a new book.