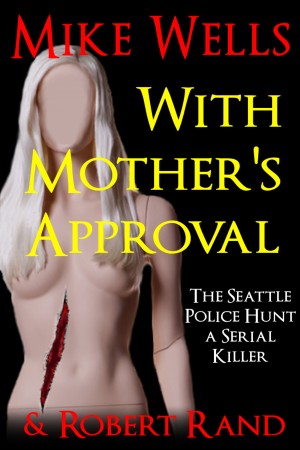 With Mother's Approval: The Seattle Police Hunt a Serial Killer

"As a fan on of thriller books by Stephen King and Lee Child I was immediately intrigued...overall a fantastic, absorbing read that does not disappoint. Another well deserved 5 stars." - Adisha Kariyawasam

"This is the first of the collaborative series between Mike Wells and Robert Rand. Although it is much more graphic than Mike Wells' usual style, it's a good story with plenty of suspense and action. It includes several graphically brutal sex scenes." - Sandy Penny, Reviewer, Sweet Mystery Books

"I have always liked a good mystery and With Mother’s Approval didn’t disappoint. It was a bit graphic and made me squeamish at times (I’m not complaining but I thought I’d share that for those who might get more than squeamish)" - Dawn "sleepygirl2" Joplin, MO, United States

"If you enjoy a fast paced action packed mystery i highly recommend you read With Mother's Approval" - Lady G.

You have subscribed to Smashwords Alerts new release notifications for Mike Wells.