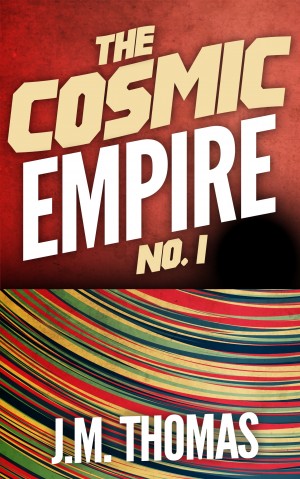 The Cosmic Empire No. 1

By J.M. Thomas
A rescue mission to the Underworld. A reluctant escapist from Hell. The most-annoying woman Satan has ever encountered. These are what await you behind the cover of the sensational debut issue of "The Cosmic Empire!" Don't miss out! More
The debut of The Cosmic Empire brings forth all manner of devilish questions, and answers, in short stories by J.M. Thomas. Is Satan after every soul in the world? Can a lost soul be reclaimed? What happens when someone finds their own soul irredeemable? These shorts promise the reader the unique thoughts and strong voice of their writer, perhaps provoke some thought, and have a laugh at the expense of the Dark Prince.

"Soul for Sale" tells the tale of Shelly and her desire to surrender all to reclaim lost love. "Gates of Hell" follow's Clark on his quest to save the most-precious thing in the Underworld. Not everyone is anxious to escape when those aforementioned Gates open in "Salvation Refused." And, to round out issue one, a special slice of torment for the ultimate Tormentor in "Her Majesty."

Subsequent issues of “The Cosmic Empire” will be available online at most e-reader outlets. Feedback is welcomed with sincere appreciation at the author's Web site.

Author J.M. Thomas lives and works north of Chicago, Illinois. The one-time screenwriter won multiple awards for his co-written "The Man in the Rearview Mirror," which sold in the fall of 2011. He earned a degree in Journalism from Truman State ( Mo.) University late last century.

Thomas can be reached via his Web site at thecosmicempire.com.

You have subscribed to alerts for J.M. Thomas.

You have been added to J.M. Thomas's favorite list.

You can also sign-up to receive email notifications whenever J.M. Thomas releases a new book.