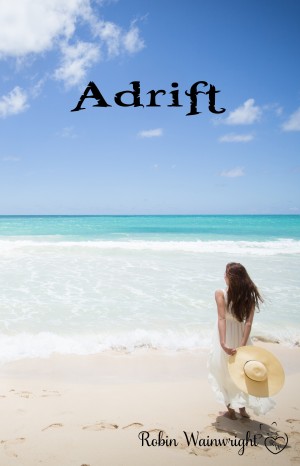 By Robin Wainwright
On the coast is the quaint village of Crescent Bay. On foggy nights you can see the wispy figure of a woman standing on the gallery of the Crescent Bay lighthouse, searching the sea. Two unsuspecting individuals land in Crescent Bay, a grieving woman seeking her future, and an man longing to bring the lighthouse’s past back to life. But sometimes the past wants to be left alone. More
On the coast of California between Los Angeles and San Francisco is the quaint village of Crescent Bay. In the past it was an active port for smugglers, but now it serves as a tourist destination for those seeking cute shops, seaside relaxation and nautical history.

Part of Crescent Bay's history sits on the outskirts of the village, an abandoned lighthouse overlooking the cliffs.

It is said that on foggy nights you can see the wispy figure of a woman standing on the gallery of the lighthouse, searching the sea. Some claim that they have seen her jump over the edge and plunge to her death.

Two unsuspecting individuals land in Crescent Bay, a grieving woman seeking her future, and an industrious man longing to bring the lighthouse’s past back to life.

As a child, Robin Wainwright's Irish mother filled Robin's active imagination with stories of magic and the wee people.

Her days were filled with other worlds where magic and the paranormal were an accepted way of life. As soon as Robin learned how to write, she continued her mother's tradition of storytelling. She shared her stories with her mother, but no one else.

In 2013, Robin decided to begin sharing her stories with a broader audience and so The Widow's Walk trilogy was born.

Robin lives in Southern California with her wonderful husband and two cats.

She loves the rain, thunder and lightning (although she doesn't see much of it where she lives) as well as chocolate, coffee, and Halloween.

She continues to write (sometimes with the help of her cats) while sitting in her recliner, appearing to look out her window into her green yard, while in reality her vision is focused on other locales.

Adrift
Book trailer for Adrift - book one of the Widow's Walk Trilogy. 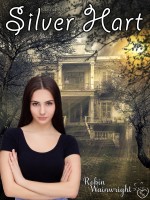 You have subscribed to alerts for Robin Wainwright.

You have been added to Robin Wainwright's favorite list.

You can also sign-up to receive email notifications whenever Robin Wainwright releases a new book.