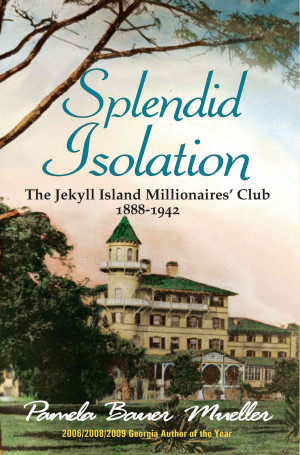 2006/2008/2009 Georgia Author of the Year Pamela Bauer Mueller was raised in Oregon and graduated from Lewis and Clark College in Portland, Oregon. She worked as a flight attendant for Pan American Airlines before moving to Mexico City, where she lived for eighteen years. Pamela is bicultural as well as bilingual. She has worked as a commercial model, actress, and an English and Spanish language instructor during her years in Mexico. After returning to the United States, Pamela worked for twelve years as a U.S. Customs inspector.

After serving six years in San Diego, California, she was selected to work a foreign assignment in Vancouver, British Columbia, Canada. Pamela took an early retirement from U.S. Customs to follow her husband, Michael, who received an instructor position at the Federal Law Enforcement Training Center in Brunswick, Georgia. They reside on Jekyll Island, Georgia with their cats, Jasper and Sukey Spice. Pamela completed The Kiska Trilogy, Hello, Goodbye, I Love You, Neptune's Honor, An Angry Drum Echoed, Aloha Crossing and the soon to be released Splendid Isolation in Georgia.

You have subscribed to alerts for Pamela Bauer Mueller.

You have been added to Pamela Bauer Mueller's favorite list.

You can also sign-up to receive email notifications whenever Pamela Bauer Mueller releases a new book.