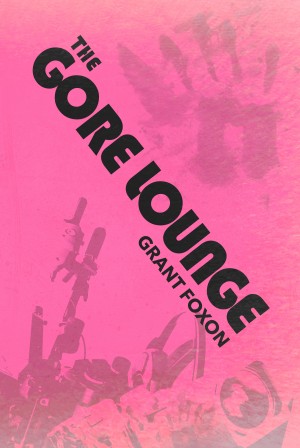 By Grant Foxon
In the future, the human race is in decay. Its the middle of the 21st century and mankind is on borrowed time. Zombie attacks are becoming more frequent first in the third world and now in the West. The zombies are caused by radiation that is bleeding into our lifes. Only one man has the willingness to stop them he is in recover but soon will be leading the resistance. More
The human race is about to take part in the ultimate reality show. The following show will feature the bloody and graphic genocide of the human race. You are about to watch ‘The Gore Lounge’.

This will surely be a hit with all viewers; we have jeopardy, sex, serial killers, mutants, aliens, and lots of zombies.

So why not sit back and relax and watch the bloody demise of humanity?

Welcome to the future.

THE GORE LOUNGE is Network 78758/22 biggest hit. Watch the Gore Lounge on your psyvis equipment and join the reality sensation.

Network 78758/22 is a government backed TV network and is therefore absolved from lawsuits, federal investigation and the penal code.

All citizens who die in the making of the Gore Lounge have signed a Level 93/00/1* final testament form and therefore their deaths count as suicide.

All humans harmed in the making of this programme were denied legal status.

You have subscribed to alerts for Grant Foxon.

You have been added to Grant Foxon's favorite list.

You can also sign-up to receive email notifications whenever Grant Foxon releases a new book.