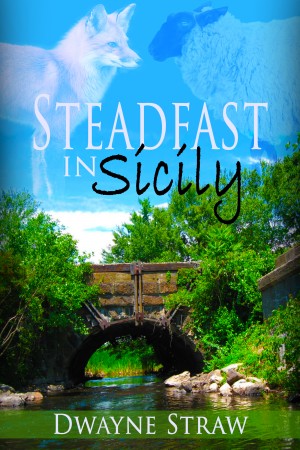 Dwayne Straw grew up in Council Bluffs, Iowa. He has always enjoyed reading books, with his mother starting to read to him when he was a baby. As a young teenager growing up in the Sixties, one of his favorite places was the Young Adult Room at the local library, where he discovered authors like Joseph Altscheler, Robert Heinlein, and Andre Norton.
During junior high school, he wrote a series of science fiction stories about a soldier and his adventures fighting in China, Mars, and space. He never wrote again until recently, when he remembered those stories and sat down and started writing the Dane Shaw Adventures.
He accepted Jesus as his savior when he was five years old one hot summer day when he and his sister started asking their mother questions about God. She stopped ironing and sat down with a Bible and showed them the answers. They both were saved then. As an adult he has served in his local church as an usher, Sunday School teacher, church treasurer, and deacon.
He currently resides in Omaha, Nebraska, with his wife and two children.

You have subscribed to alerts for Dwayne Straw.

You have been added to Dwayne Straw's favorite list.

You can also sign-up to receive email notifications whenever Dwayne Straw releases a new book.