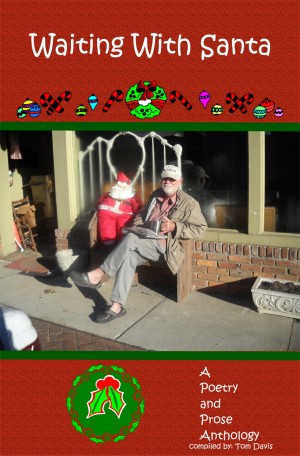 Waiting With Santa: A Poetry and Prose Anthology

Thomas (Tom) Hoyt Davis, III (AKA The Squid), holds a bachelor of arts degree from the University of Georgia and a master’s degree from the University of Southern California. Tom entered the Army as a private and retired as a full colonel. He spent 20 of his 30+ years in the Army serving with Special Forces (Green Berets) on four continents and in ten foreign countries. He has worn a Green Beret at every rank from 2LT to Colonel and commanded at every level from Special Forces A Teams to a Joint Special Operations Task Force. The various A Teams he commanded specialized in Mountaineering, Underwater Operations, High Altitude Low Opening (HALO) parachute techniques, and Small Atomic Demolitions Munitions (SADM). In addition to the Army’s Command and General Staff College and Army War College, he has attended Airborne, Ranger, Special Forces, Underwater Operations (UWO), Danish Combat Swimmer, Special Forces Surface Swimmer Infiltration Technique Course, High Altitude Low Opening (HALO) parachute school, Small Atomic Demolitions Munitions (SADM) and others.

His short stories, articles, and poetry have been published in Poets Forum, The Carolina Runner, Triathlon Today, ByLine, Georgia Athlete, The Saturday Extra (magazine section of the Fayetteville Observer), A Loving Voice Vol. I and II, and Special Warfare (a professional military journal published by the Special Warfare Center). Many of his short stories have received honors in writing contests sponsored by ByLine magazine. Other books by Tom include The Life and Times of Rip Jackson, The Patrol Order, his memoir: The Most Fun I Ever Had With My Clothes On: A March from Private to Colonel, and The R-complex.

Tom is the publisher of the Old Mountain Press

Reviews of Waiting With Santa: A Poetry and Prose Anthology by Tom Davis III

You have subscribed to alerts for Tom Davis III.

You have been added to Tom Davis III's favorite list.

You can also sign-up to receive email notifications whenever Tom Davis III releases a new book.