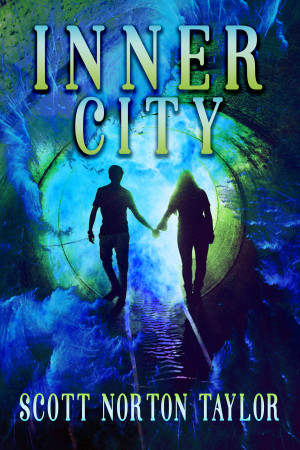 Reviews:
5.0 out of 5 stars
“I recommend reading this book not just for the page-turning adventure but for what it can reveal to the reader about living one's life to the fullest.”
M. Y. Olivier

5.0 out of 5 stars
“A wonderfully told story. I can't wait to read some of Mr. Norton's other works... if they are as good as "Inner-City," then I will definitely enjoy the ride.

5.0 out of 5 stars
“I loved this book. It kept me up a couple of nights reading. It reminded me of present day America where one can never be sure of who is telling the real truth.”

5.0 out of 5 stars
“A scary future. The transformation in this story line slips upon you and then you are glued to each page...This is an outstanding read.”

5.0 out of 5 starsLoved it!
“I absolutely was hooked on this book and could not put it down until I was finished with it. Though I read throughout the night and was exhausted the next day, it was worth it.”
Available ebook formats: epub mobi pdf lrf pdb txt html
First 30% Sample: epub mobi (Kindle) lrf more Online Reader
pdb
Price: $0.99 USD
Buy Add to Library Give as a Gift
How gifting works
Create Widget
Tags: coming of age young adult adventure dystopian adventure romance young adult science fiction violence and danger
About Scott Norton Taylor

Scott Norton Taylor is a published playwright and produced television script writer. He has won a writer's guild award for theatre and been nominated for television.

The book started a bit slowly discussing life in the city, and introducing us to Callen. But as the plot developed I got to understand the deeper implications of the interactions with the city and the world beyond the borders. This was not a boring story, I could not have anticipated the ending.

The story starts off with the main character, Callen, as a 7 year old. He lives in a walled city where stories about the world outside the walls are so bad that no one from the city wants to leave. Callen, as a child, is being attacked by an older boy and as he runs, he discovers a tunnel to the outside. He is injured and is briefly taken care of by the Outlocked, the name given to the people who live outside the walls. He then is returned to the city where he is told that it was all a dream. While Callen is attending the University, he decides to see if it was all a dream or for real. The author really grabbed a hold of me and made Callen a character that I cared about. The writing was well done and I thought that the ending of the book was beautifully done. I can't wait to read some of Mr. Northon's other works... if they are as good as "Inner-City," then I will definitely enjoy the ride.

I really liked this one. The story really hooked me and it was easy to feel this could happen. It is set in the future but the science fiction aspect isn't overwhelming. Young Callen discovers a world different to the one he's been taught about and he's not a person to simply accept like everyone else. I liked how the world outside the city was so simple and in tune with nature. It was more adventure romance than science fiction. And the love affair between Callen and Eve was cool. Not too much, but really nicely handled and emotional. This is well written and a really good story. Thanks. More please!

Inner City starts out with Callen in his own seemingly small world that expands enough to make him question everything he knew as truth. From the first page, the author's prose style captured and held my interest while creating a believable fictional world (that could very well be our own one day). This was an enjoyable read although the pacing towards the middle did slow down a bit. It picked back up during the last third of the book in which the suspense, drama, and climax all led to a satisfying ending.

You have subscribed to alerts for Scott Norton Taylor.

You have been added to Scott Norton Taylor's favorite list.

You can also sign-up to receive email notifications whenever Scott Norton Taylor releases a new book.