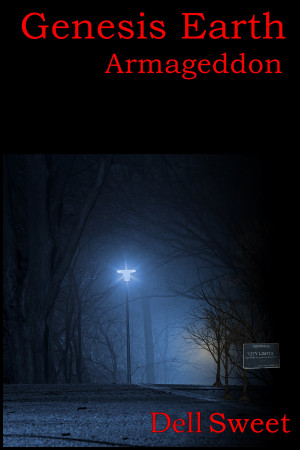 Will it be a case of too little too late? For some it will be the end of everything, they will give all they have and pass from life into death. But the battle may not be over for them, for many will find themselves rising from the sleep of death only to be pulled back into the battle to save earth and her people. There seems to be no peace in life or in death. No answers for humanity, but faith only in the things they have followed and embraced.

On a faraway planet two armies face each other. This battle would determine the outcome of the battle on Earth, and there were no guarantees how it would finish up. In the Heavens, God reigns, offering the paths that can be followed. A beast locked within a pit for eons is bought to the surface in chains to stand before him, and is ultimately loosed on the world.

In the first book, Armageddon the foundations begin to crumble and armies amass both on and off the Earth to fight. The battle is set, the lines are drawn, and the people must choose their own paths and then follow those paths to wherever they might lead. When the dust settles, will there be any true winner or only more strife and hardship for the survivors? Genesis Earth is the last chance for mankind to get it right, to start over, before everything is gone forever...
Available ebook formats: epub mobi pdf lrf pdb txt html
Price: $2.99 USD
Buy Add to Library Give as a Gift
How gifting works
Create Widget
Tags: apocalypse war armageddon apocalypse apocalyptic fiction end of the world end times world war iii conspiracy theory secret societies ufo judgement day devil and god evil and good armageddon apocalyptic dead awakening
About Dell Sweet

I was raised in Texas and New York. I write short stories, novels, lyrics, poetry. I also enjoy building 3D models in my down time. I have written several series and collections.

About the Series: Glennville

In the small city of Glennville people tend to stay to themselves. Neighbors matter. The streets, even in the poorest of neighborhoods are safe for children to travel on their own. But the city has its secrets, and those secrets have their dangers.
Under the city, a series of caves cut from the limestone by the Black River attract visitors, children, some have entered and never come out; maybe lost, maybe part of Glennville's secrets.
Something else lives in the cold, dark caves. Something some have suspected but refused to believe. After all, things in Glennville are rational, safe.
Glennville is a series of books that play out in the City of Glennville or that are somehow connected to the city of Glennville, Dell Sweet

You have subscribed to Smashwords Alerts new release notifications for Dell Sweet.