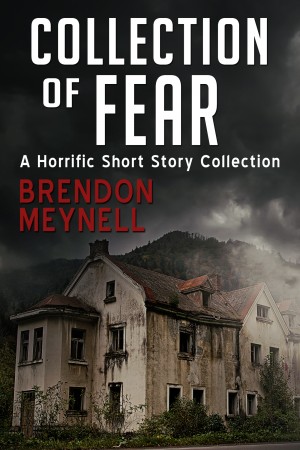 By Brendon Meynell
This halloween why not sit back with Collection of Fear - A horrific short story collection. From ghosts, to time travel, an intergallactic battle for life and death, to a killer finding his groove again this book is sure to make the hairs on your neck stand up and pay attention. Ten stories have been written from scratch to keep you on the edge of your seat this Halloween. More
Collection of Fear - A Horrific Short Story Collection features ten unique written horror short stories to help ensure your Halloween this year is one that keeps the hairs on the back of your neck standing, and leaves you rocking backwards and forwards on your chair as you read through the ten well written stories from various spooky categories.

Imagine a ghostly figure working on exacting her revenge after a medical procedure turns fatal. What about if Earth's leaders had the opportunity to make the third rock from the sun one of the most powerful players in space - only for them to blow the opportunity and it turning into full scale war with extra terrestrials. What if a serial killer gave up killing until a poorly executed television show about his killings resulted in him once again getting the urge?

Finally what if you suffered from Henry Bins Condition, awake for just one hour a day, and you have stumbled across a terror attack, where you are the only one who can stop it.

These stories and more inside Collection of Fear will no doubt have you questioning everything, trusting no one, and will kick start your halloween this year.

Brendon Meynell was born in the small New Zealand city of Wanganui, before immigrating to Australia's number one tourist hot spot the Gold Coast in 1997 alongside his family.

Growing up as a sporting made child all Brendon did was think, eat, sleep sport and had a number of opportunities of breaking into representative teams both at home (New Zealand) and in his adopted country of Australia, however his sporting career was halted when in 2000 - just days before his 16th birthday - he dislocated his neck at the C1 on C2 vertebrae resulting in a long hospital stint and advice from medical experts to no longer play contact sport.

Despite attempting a return to some sport, a number of years later, Brendon's sporting career was effectively ended when he suffered a second massive injury to his spinal cord resulting in him hanging up his boots and retiring his sporting equipment once and for all.

In 2012, still wanting to be involved in sport Brendon Meynell completed a Diploma in Journalism - majoring in Sports Writing and Match Reporting, however it is a tough world out there in sports journalism where many of his articles have been taken and re-worked by others who already had roles within local newspapers.

Always a fan of writing, and having a dream of one day getting one of his stories published, Brendon turned his focus to the writing of short horror stories - with the loving support of his fiancee Carla and their four children Mohammad, Bailey, Laith and Christopher.

Brendon continues to write stories, and continues to release them on websites such as Smashwords, Amazon and other online outlets in the hope of one day securing enough purchases to fund spending more time on bigger projects. 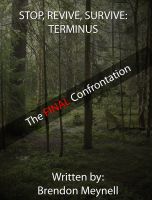 You have subscribed to alerts for Brendon Meynell.

You have been added to Brendon Meynell's favorite list.

You can also sign-up to receive email notifications whenever Brendon Meynell releases a new book.