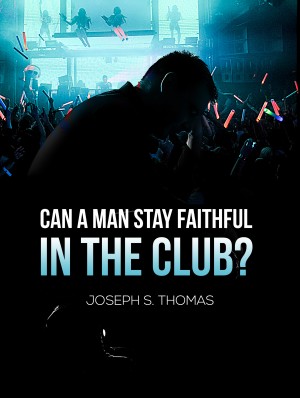 Can A Man Stay Faithful In The Club?

Joseph was born and raised in Southern California. He was raised in a christian home but, coming from a single parent family, Joseph was forced to become the man of the house at a young age. Then, at 17, his mother passed away and Joseph was left to grow up entirely. Finishing High School, as his mother would have wanted, Joseph went on to trade school for auto mechanics. After graduating trade school Joseph started to pursue other dreams. He started his first business at the age of 20. Being a DJ for a top chained club in the greater Los Angeles area and working in the music business, Joseph has experienced the highest of highs and lowest of lows. Believing that he couldn’t be given more than he could handle, in middle of 2012 he experienced a life changing situation. This made him become closer to his religious beliefs and make changes in his life. It wasn’t until then that he realized his passion for wanting to help others. Having always been the one with a giving heart, making this world a better place is what his goal has become.

You have subscribed to alerts for Joseph Thomas.

You have been added to Joseph Thomas's favorite list.

You can also sign-up to receive email notifications whenever Joseph Thomas releases a new book.