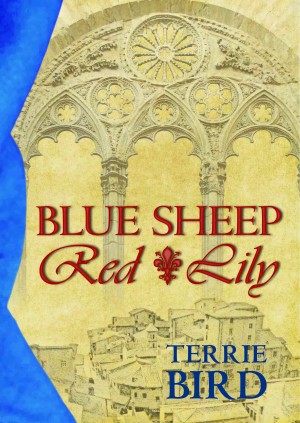 By Terrie Bird
Cammilla’s head for business and determination put her at odds with the customs of a male-dominated society in 14th century Florence, a city heavily reliant on its woollen cloth industry and banking. From child, to bride, to mother, Cammilla’s resilience and unwavering fortitude are constantly tested as she strives to secure a future for her family and seeks to unravel the secrets of her past. More
It is the fourteenth century and Florence is a bustling city, generating considerable wealth from its thriving woollen cloth industry and famed banking houses.
Curious, capable and determined, Cammilla's life takes an unexpected turn when she is forced to leave her farming family and move to nearby Florence. She learns to read and write and develops a head for business, putting her at odds with Florentine customs and traditions. From child, to bride and then mother, her strength of character is constantly tested as she faces challenging and emotional situations, as well as searching to unravel the mysteries of her family secrets.
Cammilla’s story takes place against a background of real life events including the devastating effects of the Black Plague, the tumultuous wool workers’ rebellion, the construction of the grand duomo – Santa Maria del Fiore, and the growth and development of the city’s woollen cloth industry.

Terrie Bird left her native Australia in the 1980’s and lived for a number of years in Zimbabwe and Thailand and currently lives in New Zealand. She has a background in retail business, office administration and, during her time in Thailand, worked as a volunteer for an organisation assisting Thai artisans in marketing locally produced handicrafts.
Since 2003 she has made numerous trips to various parts of Italy but always with a special love of Florence and the Tuscan countryside. It was on one such trip in 2007, while exploring Florence, she began to wonder what had brought about the city's treasure trove of architecture, sculpture and painting. Where had the money come from to fund the grand sculptured buildings, magnificent churches with marble facades and frescoed interiors, enchanting bridges, and the abundance of paintings and sculptures now housed in the city’s museums? Who were the artisans responsible for these creations, and what was life like then for an ordinary Florentine? And so, the idea for Blue Sheep Red Lily was born. Over the course of the next six years, including several more trips to Florence, those original musings developed into this, Terrie’s first novel.
Plans are already underway for her second.

You have subscribed to alerts for Terrie Bird.

You have been added to Terrie Bird's favorite list.

You can also sign-up to receive email notifications whenever Terrie Bird releases a new book.