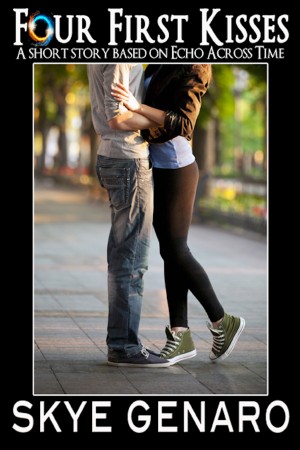 Skye Genaro's fascination with psychics and other gifted individuals sparked when her own clairvoyant and clairaudient abilities began to grow. As a young girl, she experienced flashes of "knowing", but she didn't recognize her intuitive insight until many years into adulthood.

When she's not writing, Skye is seeking out her next adventure. She and her husband can be found buzzing through the streets of Delhi on a tuk-tuk, rock climbing in Thailand, and canoeing whitewater rapids closer to home. She's been heard more than once saying "whoa, maybe that wasn't such a great idea," but she's usually smiling when she says it.

Skye writes short stories and novels featuring characters with paranormal gifts. She has also written movie scripts, one of which spent time in that mysterious entertainment industry labyrinth called "development."

You have subscribed to alerts for Skye Genaro.

You have been added to Skye Genaro's favorite list.

You can also sign-up to receive email notifications whenever Skye Genaro releases a new book.