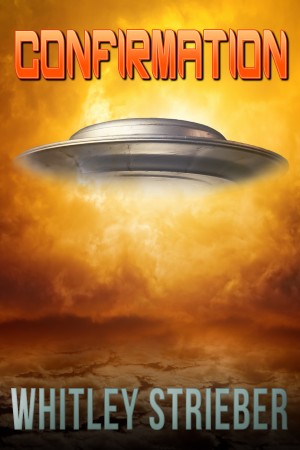 To change all this, what he's need is physical proof. He has it, and this book is the story of how he got it and what it is.

Strieber first reviews all the evidence for UFOs-including the remarkably dramatic and repeated sightings over Mexico City filmed by so many people — as well as the testimony thousands have given about their close encounter experiences, before turning to shocking new physical evidence: five implants surgically removed under controlled and documented conditions from the bodies of people who have reported contact with aliens. The study of these "implants" — what they are made of, how they function, and what their ultimate purpose is — holds the final answers to this whole puzzle.

In addition, in a remarkable appendix, Monsignor Corrado Balducci of the Congregation of the Evangelization of Peoples and Propagation of the Faith discusses the perspective of the Catholic Church on the whole matter of alien contact and what it means within a religious perspective.

You have subscribed to alerts for Whitley Strieber.

You have been added to Whitley Strieber's favorite list.

You can also sign-up to receive email notifications whenever Whitley Strieber releases a new book.