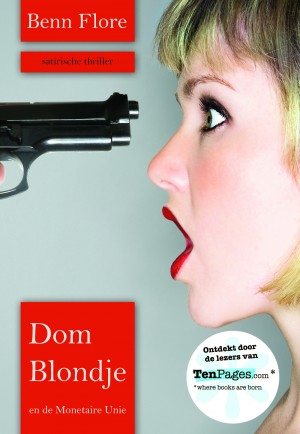 Benn Flore in the Netherlands, now 70, started to write for magazines and a non fiction book for Reed Elsevier 40 years ago. Today he focuses on literary thrillers. He won the Commprix in 2004 and the 'Zeeland' version of the Franklin D. Roosevelt Four Freedom Award in 2010. In 2014 he started writing screenplays and was finalist in the World Series of Screenwriting, Official Selected by Beverly Hills Film Festival and Golden Plume winner in Cannes. Some books and stories by his hand were adapted into film. Episodes of 'Renz Vos' were filmed in France and the Netherlands. Short Movie 'The Last Dance' written by Benn Flore and filmed by Daniela Giammarino hit the (semi)finale in Los Angeles and Hollywood film festivals and in Tula Russia. 'Just Divorced, or how to rob the Maffia' won Peoples Choice in St. Petersburg.

You have subscribed to alerts for Benn Flore.

You have been added to Benn Flore's favorite list.

You can also sign-up to receive email notifications whenever Benn Flore releases a new book.