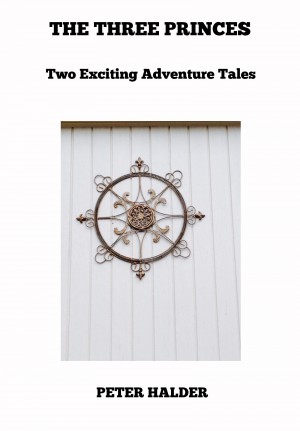 Peter Halder is the pen name of Burnett Alexander Halder. He was born in Guyana, formerly British Guyana, and educated there, the United Kingdom and the University of the West Indies in Trinidad and Tobago.

Peter worked as a journalist and later joined the Government Service. He served in District Administration, Licence Revenue and Foreign Affairs. As a diplomat, he was Deputy Head of Mission, Guyana Embassy, Washington D.C., U.S.A. and subsequently appointed High Commissioner to Canada. He resigned and accepted an appointment as a Consultant with the Government of Fiji. He later became a Consultant with the Fiji Embassy to the U.S.A. and after, with the Fiji Permanent Mission to the United Nations.

Peter received a Lifetime Achievement Award from the Guyana Cultural Association of New York, USA and Editor’s Awards from The National Library of Poetry, Maryland, USA. His first book, The Cat of Muritaro, was published in 2012. He has a blogsite at www.peterhalder.wordpress.com/ at which his nostalgias, articles, short stories, and poems can be read.

He is now retired and lives with his family in Virginia, U.S.A.

You have subscribed to alerts for Peter Halder.

You have been added to Peter Halder's favorite list.

You can also sign-up to receive email notifications whenever Peter Halder releases a new book.