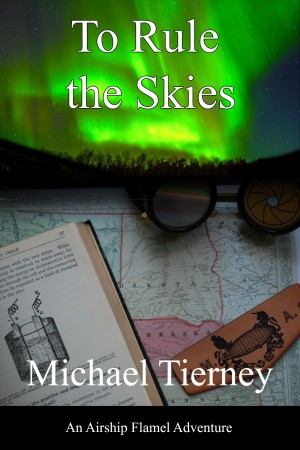 To Rule the Skies

Michael Tierney writes steampunk-laced alternative historical fiction stories from his Victorian home in Silicon Valley. After writing technical and scientific publications for many years, he turned his sights to more imaginative genres. Trained as a chemist, he brings an appreciation of both science and history to his stories. Visit his blog at www.airshipflamel.com.

Reviews of To Rule the Skies by Michael Tierney

You have subscribed to Smashwords Alerts new release notifications for Michael Tierney.

You have been added to Michael Tierney's favorite list.

You can also sign-up to receive email notifications whenever Michael Tierney releases a new book.