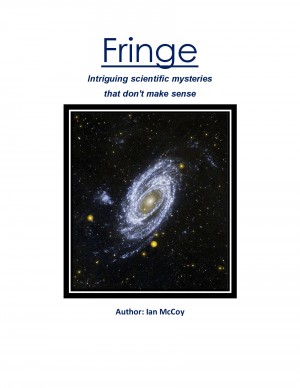 We know how the universe began. We don’t know why it is there. Furthermore over three quarters of it seems to be missing in the form of “dark matter” and “dark energy”. Recently scientists have deduced that, strange as it may seem, all the laws of physics that govern this universe are the precise ones necessary for human beings or any life for that matter, to exist. Charles Darwin talked speculatively of life emerging from a “little pond”. The pond is gone. We have little idea how life emerged. We also cannot reconcile the human mind with any trivial theory about the manner in which the brain functions.

On these and many other points the great scientific theories have lapsed and in so doing have enlarged and not diminished our sense of the sublime. The universe, life and consciousness are anomalies.
But in giving deeper explanations for such things -more and more people within the science community are moving away from a position of strict philosophical materialism and scientific reductionism. The study of quantum mechanics has been a driving force and increasingly the role of human consciousness is given a central explanatory role. But mystery is all around us. Science depends on identifying mystery, those things that don’t make sense. Our attempt to explain such anomalies are exactly what drives science forward.

Ian McCoy (www.ianmccoy.com) is a master magician and mentalist, a motivational speaker and teacher, a published author, a musician, singer/songwriter and a writer/journalist.

For over a decade he was one of California's top magical acts and performed all around the world for blue chip companies, Hollywood celebrities, a cruise line, Las Vegas hotels and thousands of private individuals. . He also set up magic classes and camps teaching children of all ages throughout the Bay Area of San Francisco. He relocated back to the UK seven years ago and has performed around Britain and on TV.

Ian is also a credentialed high school and junior college teacher in both the UK and USA. He has degrees in history and politics and post graduate degrees in education and theology. He is the published author of the book Magic in the Center : God Consciousness and You a work in Philosophy that examines the concept of the Soul. He has also developed an online environmental news and information service with his brother and sister called just4theplanet . Ian is lead writer.

Ian's keynote speech Magical Values is a call for people to be their best. It is truly inspirational and incorporates entertaining magic and mentalism to illustrate some perennial wisdom and motivate his audience.

Ian has also published two books on the art of card magic under the title McCoy's Miracle's: World Class Card Magic and one book on mentalism with cards: McCoy's Miracles: World Class Mentaism with Playing Cards. As with his other work - they all have video links to performance and explanation.

Ian's book Angels: An insight into their Existence, taps his academic insights from theology, science, philosophy and history. It is a fascinating study.

In his book the Atheism Myth Ian gives a robust defence of Theism - as a response to the militant atheists led by Richard Dawkins.

Ian's largest and most ambitious project The True Magic: God, Mind, Consciousness and You is an all embracing piece drawing on all disciplines in defence of Theism.

You have subscribed to alerts for Ian McCoy.

You have been added to Ian McCoy's favorite list.

You can also sign-up to receive email notifications whenever Ian McCoy releases a new book.