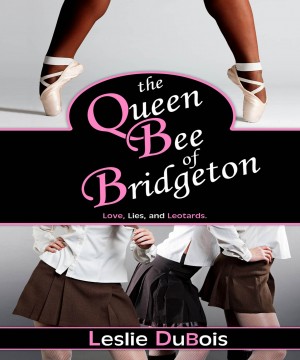 By Leslie DuBois
Rated 4.70/5 based on 10 reviews
When fifteen-year-old Sonya Garrison is accepted into the prestigious Bridgeton Academy, she soon discovers that rich girls are just as dangerous as the thugs in her home of Venton Heights. After catching the eye of the star, white basketball player and unwittingly becoming the most popular girl in school, she earns the hatred of the three most ruthless and vindictive girls at Bridgeton. More
When shy sixteen-year-old SONYA GARRISON is accepted into the prestigious Bridgeton academy, she hopes to just blend into the background and escape high school without too much emotional trauma. For awhile, her plan works. She is such a social outcast that no one even knows her name. She is usually mistaken for her beautiful, brilliant, and perfect older sister, SASHA GARRISON.
Sonya and Sasha are two black teenagers raised in one of the worst neighborhoods in New Jersey and possibly the country, Venton Heights. They often go to bed to the sound of gun shots or wondering where their next meal will come from. Sasha protects her younger sister from the dangers of living in the projects and does everything she can to take care of her.
Through sheer determination, they both get accepted to the elite Bridgeton Academy. Sasha receives an academic scholarship and Sonya receives a dance scholarship.
Sasha immediately gets acclimated to the predominately white school and becomes one of the most popular students there. Sonya, however, is either ignored or ridiculed. The only time the students at Bridgeton realize she exists is when she is caught in the embarrassing and awkward situations that seem to occur too frequently.
The only place Sonya makes a name for herself is at her dance studio where she is the prima ballerina. She is so determined to one day be a famous ballerina that she cleans the studio in exchange for lessons. Her dance ability happens to attract the attention of WILL MADDOX, Bridgeton’s white star basketball player, who asks her to his senior prom.
Sonya’s relationship with Will suddenly casts her into world she is unfamiliar with and unprepared for: Popularity. Sparked by jealousy and racism, the Bitch Brigade, made up of the three most vicious girls in school, seek to put Sonya back in her ‘place’. Can she defeat the reigning high school royalty? Or will they succeed in ruining her lifelong dream of becoming a world class dancer?

Leslie DuBois lives in Charleston, SC with her husband and two daughters. She also writes as Sybil Nelson. 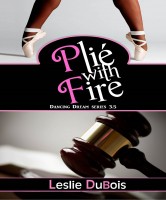 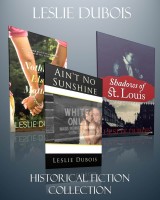 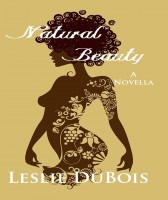 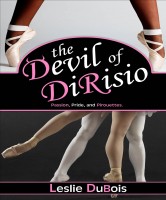 This book was incredible!!! I enjoyed every single word!! The characters, Sonya, Will and Sasha, the plot was superb and I was engrossed till the end. It took me back to my high school years and made me wonder about a couple of things. I kinda wish there was an epilogue, but maybe not...it was perfect in every single way!

This book was not at all what I expected, it was much better. The main characted, Sonya, was especially relatable, since like her I too tried to keep a low profile in High School. I think this would be a really great book for girls in High School to read, however, the book is fun and entertaining for people out of High School as well.

This is a book that has nothing new yet it keeps you engrossed till the end. The book focusses on the issue of high school cliques and the story of a girl who tries to fight back. The story line is similar to novels/movies that use this theme. Yet, it is well written and the main character is interesting.

This is an amazingly well written novel in a similar vein as the movie Step-Up and will probably be just as well-loved by young adults. It involves a young girl who loves to dance but doesn't have the means to achieve that dream. Yet she does through extreme hard work. However, as we all know, hard work at a young age is rarely recognized by one's peers, especially when those peers are rich witches. Add on to all this the incredibly nasty, unlikeable sister and a hot yet messed up boyfriend and you have a recipe for a great, short read that teens will love. This is the kind of juicy stuff that actually does happen in teenage years and things don't always turn out for the best and everything becomes flowery and perfect. This novel is raw and gritty. I loved it!

the best $2.99 i spent
can't wait to read more of Leslie books

(reviewed 24 days after purchase)
RAVENSWOOD PUBLISHING reviewed on May 25, 2011

LESLIE DUBOIS' "THE QUEEN BEE OF BRIDGETON" (A REVIEW)

I must say the Leslie DuBois is fast becoming one of my favorite authors. Her ability with writing stories about teens that are riveting, inspiring, and in depth is simply amazing. This story is about an African American teen that has had to overcome so much in her life to gain her true place in the world only to see it almost destroyed by a group of girls with a jealous streak. Unlike any other story of this kind that I have ever read, Leslie once again brings her characters to life and pulls the reader in placing them into the shoes of this young girl and making them realize just how hard it is to be a teenager.
I commend her on her writing skills and her seemingly effortless flow. I will be sure to pick up more of her works in the near future.

amazing read, definitely reccomended to young adult readers and teens,the story evolves around sonya and sasha, two sisters who go are the new students at Bridgetown. 3 girls are the queens of bridgetown and are jealous of sonya cause she's dating the basketball star.They try to turn them against each other, and you'llhave to read the book to find out what happens :D
Great writing too, looking forwart to reading more books by the author :))

(reviewed 26 days after purchase)
Amber Carroll reviewed on May 9, 2011

Sonya and Sasha are sisters who live in a rough neighborhood. After many years of persistance Sasha gets admitted to Bridgeton, a well known and highly elite school. Sasha encourages her sister to apply and Sonya ends up attending Bridgeton as well, but never really fits in. Sasha and Sonya hide from their classmates that they are poor and even go so far as to hide where they live from everyone, even their boyfriends. When Sonya crosses the "Bitch Brigade" (an elite and highly secretive group of girls who essentially run the school) they do everything in their power to destroy everything that is important to her, her boyfriend, her dancing, and her future. This book is a great read!

(reviewed 12 days after purchase)
rhonda laney reviewed on May 6, 2011

Sonya lives in a poor neighborhood with her older sister and her mom. She won 2 tickets to balet in elementry school and wanted to dance. Her mom could not afford to give her lessons but did buy a old pair of dance shoes for her. She found a dance studio that was the close as she could and watched from the windows and tried to copy them. When she got caught she offered to clean in exchange for dance lessons. Has continued now before school which she got into on scholarship and her sister has been thier after trying out 6 times. Sonya tries to be invisible to the students thier she does not fit in only a few black students go their. one day she forgot her dance shoes in her locker and hurried back to get them and a door crashes into her face. will and girl were making out and she realized this was second time she seen him after making out with someone. Sonja looks at him and said you have sad eyes.
Will has been watching her for a while and asks her out and shes says no. She has no idea who he is or even his name. her sister cant believe she said no to him. between her dance lessons and when she gives lessons she has an hour and will shows up at studio with flowers and gets her to go to eat.
Thier is a bunch of girls running the school and sets kids up that are in thier way or just for fun. No one knows exactly whos doing it. They dont like Sonja dating the basketball star and try to set her up and break them apart.
It is a good story and you want to root for sonja and will and see everything work out for the best. I enjoyed reading the book.

(reviewed 9 days after purchase)
rebecca reviewed on May 1, 2011

I received a copy of The Queen Bee of Bridgeton though a librarything.com giveaway in exchange for a review and was pleasantly surprised. I was interested from the book description but assumed it would be in the same vein of other angsty young adult books set in High School. This was not the case. The characters in this book deal with real and difficult issues. The main character Sonya is mature, loyal and goal oriented 16 yr old. Sonya and her sister long to escape the world they have grown up in and will do any thing to succeed in life. Sonya's way out is though dance at which she excels. Her dream she has worked for since she was eight is put in jeopardy when the ruling girls in her private high school attempt to to bring her down. I couldn't put this book down once i picked it up and cant wait to read more from this author.

You have subscribed to alerts for Leslie DuBois.

You have been added to Leslie DuBois's favorite list.

You can also sign-up to receive email notifications whenever Leslie DuBois releases a new book.